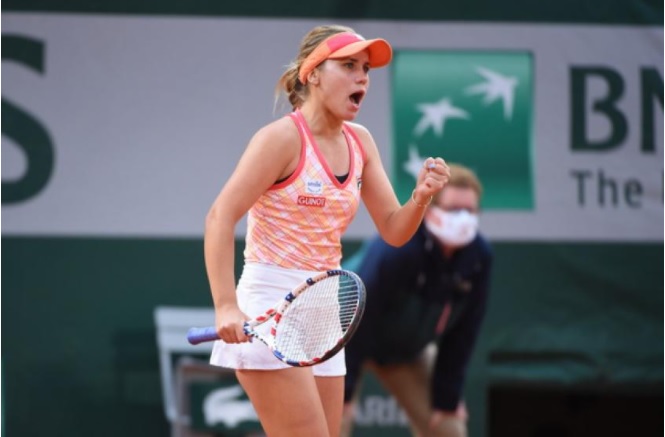 Sofia Kenin is on course to lift her second grand slam title this year by beating Petra Kvitova 6-4, 7-5 to reach the French Open final. Kenin is now all poised to reprise her Australian Open triumph at the Roland Garros facing 19-year-old Iga Swiatek of Poland.

It was a fantastic match in the semis for Kenin who denied the two-time Wimbledon champion Kvitova her third Grand Slam opportunity. On the other hand, Swiatek is the first Polish woman to reach French Open final since 1939.

“I’m super proud of myself. It was a great match. I’m super happy. I’ve done it in Australia. I’ve had really tough matches the past two weeks and I’m just so excited to be in the final,” said Kenin.

Kvitova, had also put tremendous pressure on Kenin early in the second set being the most experienced of the four semi-finalists. However, she failed to find the consistency she needed to break serve.

Kenin seemed too brilliant to march ahead with a break for 3-2, and she then saved four break points as Kvitova looked to hit back immediately.

As for the final, Kenin and Swiatek have faced each other just once before. It was here at Roland Garros four years ago in the fourth round of the girls’ singles. A match won by the Pole.