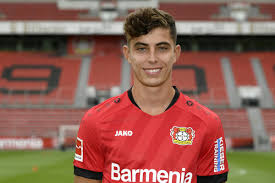 Kai Havertz, who shone last season perfectly in the Bundesliga, has been linked with a move to Chelsea, Arsenal, Manchester City, Liverpool, and Manchester United. Well, scoring 17 goals in 34 German top-flight appearances makes it clear that many would love to have an attacking midfielder, who is two-footed and holds a lightning pace to make many defense unstable.

At the opening weekend of the 2019-20 Bundesliga season, Havertz played for 90 minutes and started the story with a goal. Scoring 15 plus goals in a season again can make many clubs in Europe happy to get the 20-year-old German international. Now Premier League clubs are vying for him in order to raise their quotient.