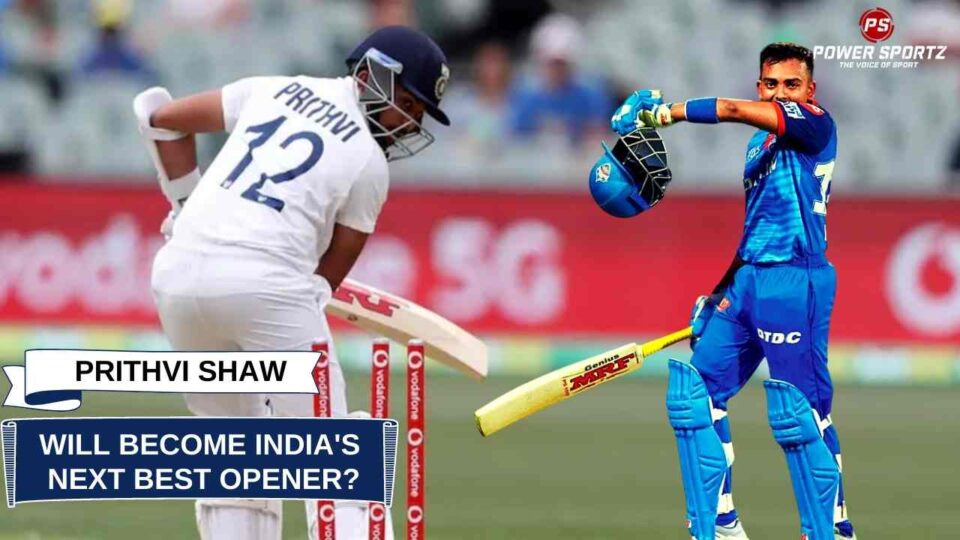 On November 9, 1999, Prithvi Shaw was born. He is a cricketer from India who currently plays for Mumbai in county cricket; and Delhi Capitals in the IPL. He captained India’s Under-19 World Cup-winning side in 2018. On January 1, 2017, Shaw earned his first-class appearance for Mumbai in the semi-finals of the 2016–17 Ranji Trophy. He was named man of the match after scoring a hundred in the run chase.

Shaw acquired another milestone by striking a hundred in his opening match of the Duleep Cup; equalizing Sachin Tendulkar’s milestone of scoring a hundred in both his Ranji Trophy and Duleep Trophy debuts. Later,  He was selected as captain of India’s Under-19 Cricket World Cup side; in December 2017. He captained India in the finals; which they won by eight wickets against Australia.

Shaw got purchased for 1.2 crores by the Delhi Daredevils; in the 2018 IPL season. Further, in that season he became the youngest player to initiate batting in IPL history on April 23, 2018; at the age of eighteen and 165 days; while appearing for Delhi Daredevils against Kings XI Punjab. However, over the last few seasons; he has received a lot of criticism for the way he has been performing. Do you think the Delhi Capitals will retain him in the upcoming season of the IPL?

He has had an expansive international career at the age of 22; Firstly; Shaw was picked for India’s Test squad in August 2018 for the last two Tests versus England; but he wasn’t played. Later, he was named for India’s Test team for the sequence against the West Indies in September 2018. Further,  On October 4, 2018, Shaw made his Test debut against the West Indies. In that game, he managed to score his first Test hundred at the age of 18; and became the youngest cricketer to score a Test century on show for India. India won the second Test by 10 wicket margin, and Shaw was awarded Player of the Tournament.

More recently,  Shaw was selected to India’s ODI team for the encounter against New Zealand in January 2020. On February 5, 2020, he made his debut appearance for India versus New Zealand. Further, He was named to India’s ODI and T20 squads for the June 2021 match versus Sri Lanka. He hit 43 runs from 24 balls in the first ODI of the three-match series. Furthermore,  he made his T20I debut for India against Sri Lanka on July 25, 2021. Eventually, Shaw was picked in as a replacement for India’s Test squad versus England in July 2021.