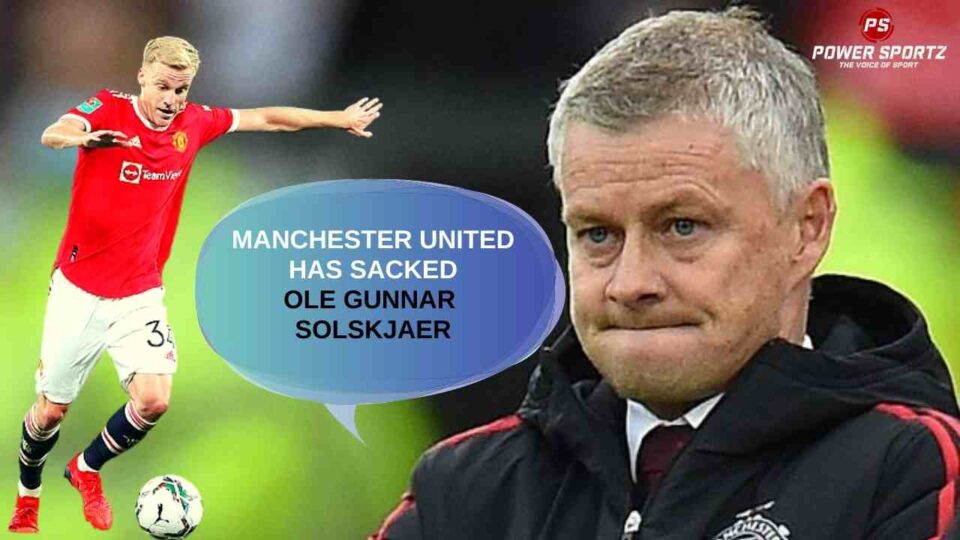 Manchester United lost their last league game against 16th placed Watford; in the 12th match in the league. Ole’s side lost the match by a score of 4-1. For Watford the goalscorers were; Joshua King, Ismaila Sarr, Joao Pedro, and Emmanuel Bonaventure. The only player who scored for the Red Devils was Donny van de Beek; to add to United Misery their start defender Harry Maguire received a red card in the 69th minute of the match. This match caused a lot of anger amongst the Red Devil fans.

Ronaldo’s side has fallen to the 7th position in the league; they have recorded five losses in the last five league games are drifting away from the top four positions which will enable them to qualify for the Champions League in the next season. On the 21st of November, Manchester United’s Twitter account tweeted that, “Manchester United can confirm that Ole Gunnar Solskjaer has left his role as Manager. Thank you for everything, Ole.” It is expected that Michael Carrick will take over his position; till the club appoints another manager to take them forward.

Who are the next few opponents for the Red devils?

In the Champions League, United play their last two group games; against Villarreal and Young Boys. They play Villarreal on the 23rd of November and Young Boys on the 9th of December. Do you think they will be able to advance to the next stage of the cup?

They play the duo of Chelsea and Arsenal in the Premier League in their next few league games; the game against Chelsea will be played on the 28th of November at 10 pm IST. Later, they will play Arsenal on the 3rd of December at 1:45 am IST.

Will they be able to win these games and move up the table under Carrick’s management?