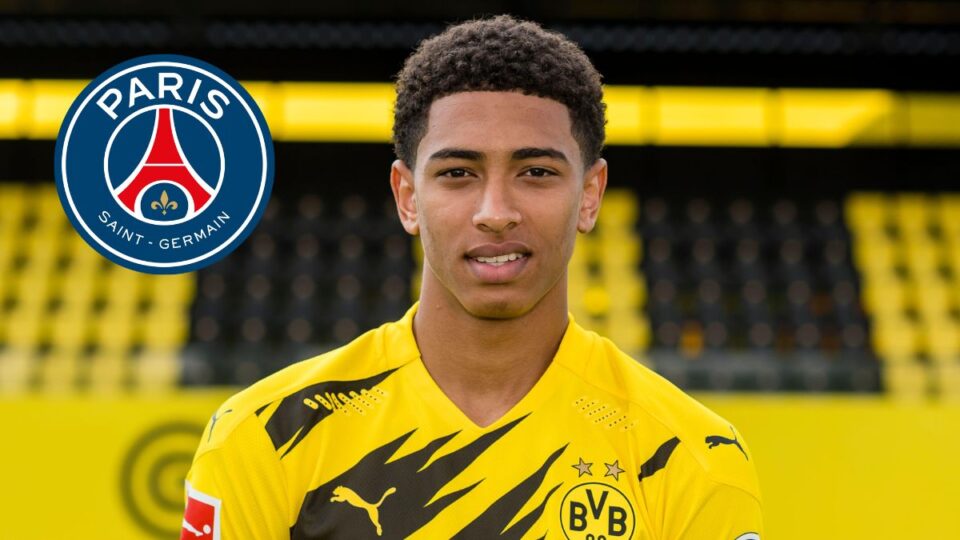 According to reports, Paris Saint-Germain (PSG) is actively pursuing Jude Bellingham, a midfielder for Borussia Dortmund.

Numerous elite European clubs are rumoured to be interested in signing the 19-year-old ahead of the 2023–24 season. Thus, it is obvious and is commonly anticipated that he will depart BVB next year.

Although the England international is supposed to have admirers all across Europe which includes: Barcelona, Real Madrid, Manchester United, Chelsea, and Manchester City, the strongest interest is now thought to be coming from Liverpool.

According to a recent source, the Reds were growing more optimistic about signing the teenager. Moreover, a deal may have been reached during the January transfer window.

However, El Nacional claims that PSG is aiming to sign the highly regarded teenager before Jurgen Klopp’s team in the summer of 2023. Dortmund won’t let the young player leave for less than €100 million (£85 million), and there are rumours that they may increase their asking price if he has another successful season.

While Liverpool who have already spent around €100 million might struggle to match the valuation of BVB but PSG could.

Bellingham to PSG or Liverpool?

Since joining Dortmund from Birmingham City in 2020, Bellingham has been in excellent form, recording 10 goals and 18 assists in 90 appearances across all competitions.

In 44 appearances in all competitions for his German club last season, the midfielder scored six goals and contributed 14 assists, including three goals and eight assists in 32 Bundesliga games.

Bellingham participated for England in their UEFA Nations League games in June, and if he is healthy and available, he will be selected to the team for the 2022 World Cup.

PSG has been somewhat quiet in the transfer market this summer, but they have added Vitinha, Nordi Mukiele, and Hugo Ekitike to their team, while Nuno Mendes’ loan deal has been made permanent.

Although there have been rumours about Neymar’s future this summer, it is generally believed that he will stay in the French city through the cutoff date.

Meanwhile, Kylian Mbappe chose to sign a new, lucrative contract with the French champions over the opportunity to join Real Madrid on a free transfer.

According to a recent source, if Man United could clinch a return to the Champions League for the 2023–24 season, they would be in a strong position to sign Bellingham the following summer.

Before making his first-team debut in 2019, the midfielder at Birmingham was a member of the club’s youth programme on 44 times throughout the 2019–20 season.