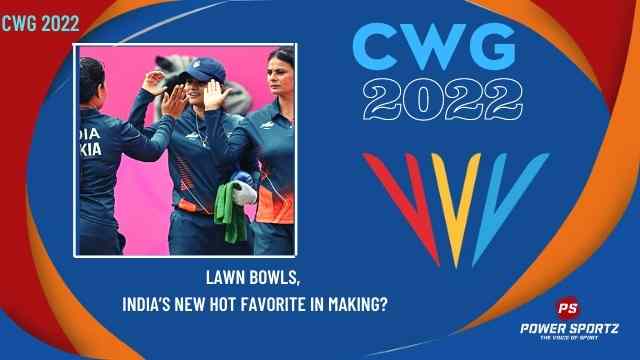 Although Lawn Bowls is quite an old sport but even now, it sounds foreign to many, especially in a country like India where sports like cricket and hockey have cemented their place in people’s hearts. Thanks to Commonwealth Games 2022 and the Indian women’s team of Fours Lawn Bowls comprising of Lovely Choubey, Rupa Rani Tirkey, Pinki, and Nayanmoni Saikia, which have made entire India proud by winning the historic gold medal at the ongoing Commonwealth Games 2022 after outclassing South Africa 17-10, and has not only set a landmark for the upcoming generation but also made them think beyond the mainstream sports.

Like in many other branches of sports where passion dominated the age factor and also the background of the players, the Indian women’s team of Lawn Bowls also shares a similar story. Lovely Choubey is a constable with Jharkhand Police while Rupa Rani Tirkey works in the state sports department. Pinki is a sports teacher while Nayanmoni Saikia comes from a farming family in Assam.

Lawn bowls has been a part of the Commonwealth Games since 1930 when this prestigious event witnessed its first edition. The sport is majorly dominated by three nations (England, Australia, and South Africa)

As far as India is concerned in this sport at CWG, before 2022, years 2010, 2014 and 2018 editions witnessed India’s participation but the country could only manage to make it through the semi-finals twice and finished fourth on both occasions. They did so in the women’s triple event in the 2010 edition in Delhi and the men’s fours event at Glasgow in 2014.

It’s as simple as it sounds and it’s all about getting closer to the ‘jack.’ Competitors take turns rolling bowls, which usually are spherical in shape with flattened sides and usually weigh up to 1.5 kgs.

Competitors take turns in rowling this bowl on a grass surface to get as close as possible to another bowl that is kept at a certain distance. The target bowl is known as the jack.

The match, which takes place between two competitors, is divided into separate rounds – known as ‘ends.’ There are singles, pairs, triples, and fours events in lawn bowls.

The number of bowls allotted to each competitor is separate for team events and individual events. Singles competitors get four bowls per end, and each member of a team gets two throws per end.

Manchester United to go after Benjamin Sesko this summer