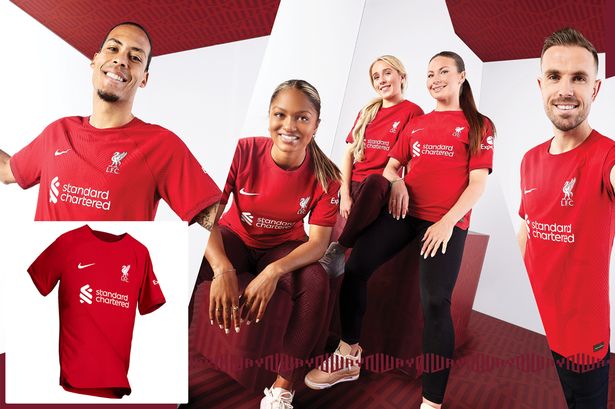 Liverpool has disclosed that they and their shirt sponsor, Standard Chartered, have reached a four-year contract through the end of the 2026–27 season. The contract with the British global financial services corporation, which took over for Carlsberg as the Reds’ shirt sponsor in 2010, was set to expire this year.

Liverpool and Standard Chartered had previously agreed to a four-year extension. Which went into effect in 2019 and saw the contract’s annual value increase from £20 million to £40 million.

The Reds reportedly looked for new sponsors in the spring since the two parties first found it difficult to agree on a new contract. Liverpool apparently explored cryptocurrency companies as potential front-of-shirt sponsors, but the Merseyside club will extend its relationship with Standard Chartered for a further four years.

“This is a hugely significant partnership for LFC and I could not be prouder to confirm a four-year extension to our already long and successful partnership with Standard Chartered,”

“We have been on an incredible journey together and Standard Chartered’s support has been a key driver in our most recent successes, both on and off the pitch, with their loyalty and commitment to Liverpool Football Club.”

“Our partnership has been able to thrive because of our shared values and we look forward to continuing to work together to help and support our communities and supporters around the world.”

“When we partnered with Liverpool FC in 2010 we could not have imagined the success of both the partnership and of the club.”

“Liverpool FC has been a true partner and, as one of the world’s best-known football clubs, we are proud to be associated with them. We are delighted to be continuing our partnership for the next four years and look forward to building on our already successful relationship.”

“I have some exciting news. On behalf of Liverpool FC, I’m delighted to announce that Standard Chartered Bank will be renewing their partnership as our front-of-shirt sponsor.”

“It’s been an incredible journey so far. On behalf of the entire club I would like to say thank you, Standard Chartered. Here’s to another five years, making it 17 seasons together. Not bad.”

Standard Chartered will also continue to sponsor and invest in the Liverpool Women’s team.

The Women’s team was promoted to the Women’s Super League after winning the 2021–22 FA Women’s Championship, under the terms of the new agreement. The deal will reportedly see a significant increase over the current £40 million per year terms.