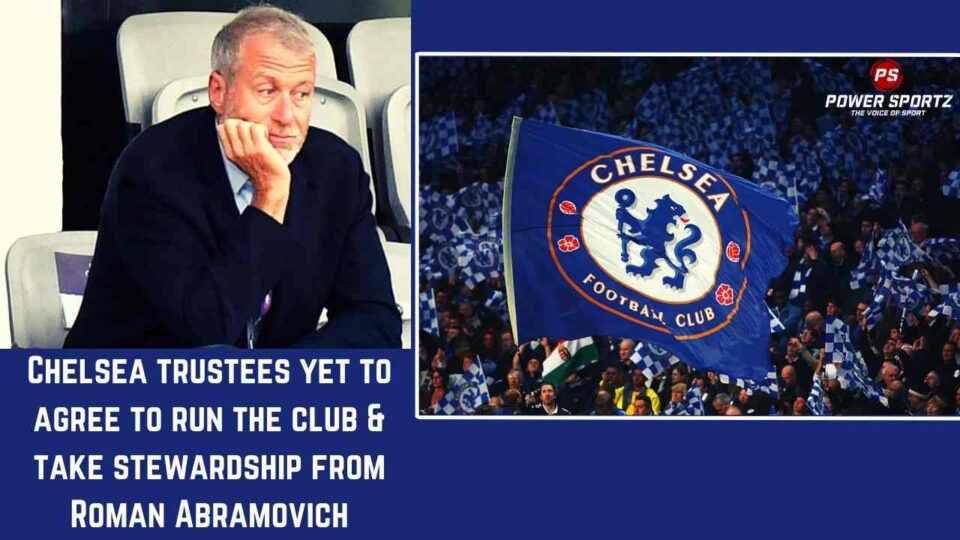 Chelsea foundation trustees have not yet reached a conclusion to take over “Custody & Care” of the club as requested by owner Roman Abramovich following Russia’s invasion of Ukraine.

According to reports, the six trustees want more information about whether running the club would be compatible with the UK charity laws. Thus, the Blues trustees have now raised their concern regarding the stewardship in a meeting that took place on Sunday.

“During my nearly 20-year ownership of Chelsea FC, I have always viewed my role as a custodian of the club, whose job it is ensuring that we are as successful as we can be today, as well as build for the future, while also playing a positive role in our communities.”

“I have always taken decisions with the club’s best interest at heart. I remain committed to these values. That is why I am today giving trustees of Chelsea’s charitable Foundation the stewardship and care of Chelsea FC.”

“I believe that currently they are in the best position to look after the interests of the club, players, staff, and fans.”

However, as of now, no decision is being made regarding the situation. While Ukraine have also approached Abramovich to negotiate peaceful resolutions courtesy of his good terms with the Russian president Vladimir Putin.

Will Roman Abramovich still remain to be the owner of Chelsea football club?

Roman Abramovich is stepping away from controlling decisions related to the Chelsea football club and not the ownership. Hence, the Russian born 55-year-old still remains to be the owner of the club.

Meanwhile, according to BBC sport, an acceptance is yet to be made of Abramovich’s proposal.

However, the question is not whether the trustees would accept the proposal or not? but it is about why such a step was being taken by the Russian man.

The simple answer is because of the threat of Abramovich’s assets either being frozen or seized by the government. Thus, now if the charitable foundation trustees accept Abramovich’s offer, he would no longer be in charge for taking decisions at the club.

The statement for stewardship was released way before Chelsea’s EFL Cup final clash against Liverpool. While dark clouds might hover over the West London club as they even lost the final on Penalties.

Chelsea fans would be hoping that the change in stewardship won’t impact their team’s performances. Or even affect them in the transfer market.