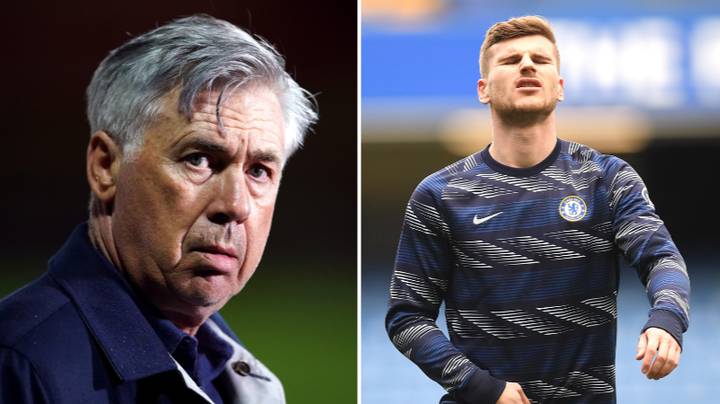 Real Madrid have been offered the chance to sign Timo Werner from Chelsea this summer, according to a report.

Werner had a reputation as a prolific goal scorer in the Bundesliga when he arrived at Stamford Bridge, but he hasn’t been able to match that success since moving to London.

The German international has made 89 appearances for the Blues and has managed to score 23 goals and provide 21 assists, but he only found the back of the net four times in the Premier League last season.

Werner, 26, is firmly linked with a transfer away in the coming weeks as he looks to rekindle his scoring touch ahead of the Qatar 2022 World Cup.

In order to provide backup and competition for Karim Benzema, Real Madrid has now been given the opportunity to sign Werner, according to Spanish outlet Marca. Borja Mayoral and Mariano Diaz are anticipated to be let go by Carlo Ancelotti in the upcoming weeks, while Werner is rumoured to have told Chelsea that he wants to leave and Luka Jovic has already left for Fiorentina.

Chelsea are currently looking for suitors in this summer’s transfer window for the former RB Leipzig player. The one who would need a fee of €35 million (£29.3 million) to permanently depart the Blues this summer.

Will Real Madrid go after Werner?

Werner has been linked with a return to Leipzig, but Tuchel’s team might also allow him to depart on loan with the option or requirement to make the move permanent at the conclusion of the season.

Yussuf Poulsen, a current Roten Bullen striker who formerly played for Werner and scored 93 goals in 158 appearances, has stated his wish to reunite with Werner in the Bundesliga.

“I hope he is coming back, he is a good player. We are a team that are trying to take the next step and develop into one of the biggest clubs in Europe,”

“You need quality players for that. We formed a good partnership in the past.”

Timo Werner is not my player and is not our player, according to Leipzig manager Domenico Tedesco, who also said that he will not comment on the rumours surrounding Werner’s future. He is a Chelsea player.

“Therefore, I have a clear opinion on this. To not express myself, to not position myself on players, who aren’t part of our club, who aren’t under contract in our club. In my opinion, that’s a matter of respect. That’s an important principle, which I set up for me.”

Werner, 26, is reportedly attracting interest from both Newcastle United and Arsenal, thus Real Madrid may have to compete with those teams for his services.

Werner is reportedly seen by Juventus as a great replacement for Alvaro Morata, who is currently back at Atletico Madrid after his most recent loan stint in Turin came to an end.

Armando Broja, Werner’s teammate, is reportedly on Real Madrid manager Ancelotti’s long wishlist of possible additions in his search for a replacement for Benzema.