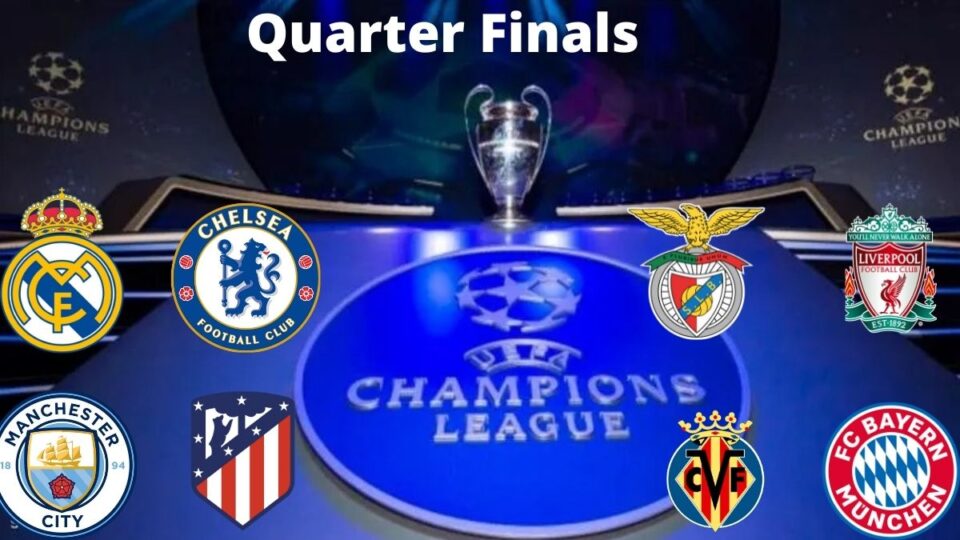 The European Champions League nights are back with quarter-finals this week after the club football returned earlier from the crucial & decisive international breaks.

In this week’s clash, Benfica will welcome Liverpool Estádio do Sport Lisboa e Benfica on Tuesday night, the match will kick-start alongside another UCL clash involving Manchester City, who will welcome Atletico Madrid at Etihad Stadium for the 1st leg f the last 8.

Meanwhile, Villarreal will welcome the German giants Bayern Munich on their home ground for the 1st leg, and simultaneously Chelsea will welcome Real Madrid at Stamford bridge.

The European nights of Champions League clashes are back with the quarter-final 1st leg set to commence on 5th April. To kick off the last 8, Benfica will welcome Liverpool Estádio do Sport Lisboa e Benfica on Tuesday night.

Both teams will come into this match with contrasting results in their previous fixtures. Liverpool won by 2-0 against Watford, while Benfica lost to Braga by 3-2 in a five goals thriller.

Simultaneously, Man City will welcome Atletico Madrid at Etihad to kick-start their UCL QF campaign this season. It is once again the famous English-Spanish battle in the last 8 and both teams will come into this match with a win at the back.

Man City defeated Burnley by 2-0 in the Premier League, while Atletico defeated Alaves by 4-1 to clinch the 3rd spot in the La Liga table.

On Wednesday night, Villarreal will welcome the German giants Bayern Munich at Estadio de la Cerámica. At one hand Villarreal lost to Levante by 2-0 in their previous league fixture. On other hand, Bayern dominatingly won by 4-1 against Freiburg in the Bundesliga.

The favorites to proceed are Liverpool, Man City, Bayern but nothing could be said about the Blues & the Whites.