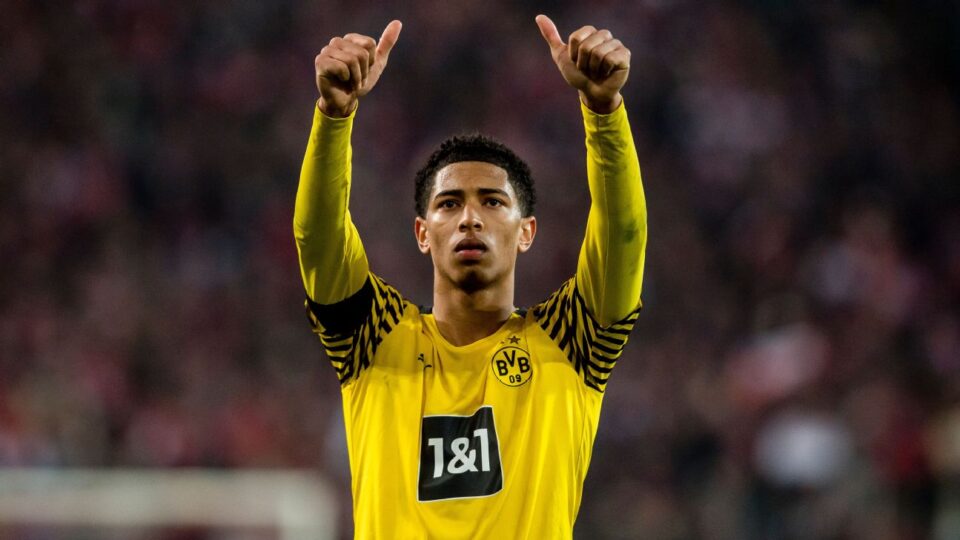 According to reports, Real Madrid are prepared to offer Eduardo Camavinga in a player-plus-cash deal to capture Jude Bellingham. Meanwhile, Arsenal are reportedly interested in signing the 20-year-old on loan, and Camavinga has recently been linked to a possible departure from the Santiago Bernabeu.

But according to Camavinga’s representative Joshua Barnett, his client is “quite delighted” to stay with Los Blancos. Moreover, the Frenchman is not at all looking for a switch this month.

The Frenchman is still in the manager’s plans, according to Carlo Ancelotti, who told reporters:

“We will not let Camavinga leave, he’s untouchable – like [Luka] Modric and Toni Kroos.”

Nevertheless, rumours about Camavinga’s future persist in the news regarding his involvement in Madrid’s transfer deal. According to The Sun, Real Madrid will think about adding the midfielder in a costly deal to sign Bellingham.

Meanwhile, Los Blancos have just spent about £60 million on 16-year-old starlet Endrick from Palmeiras. And they are said to be willing to spend as much as €100 million (£88 million), plus Camavinga for Bellingham deal, according to the report.

However, they are not willing to pay Dortmund’s asking price of £135 million for Bellingham. Real Madrid is reportedly “desperate” to ward off Premier League clubs’ interest in Jude Bellingham.

Thus, the La Liga team is banking on their player-plus-cash offer to convince Dortmund to part with their star player.

Bellingham is one of the most sought-after midfielders in Football, and Los Blancos will compete for his services alongside Liverpool, Manchester United, and Manchester City.

The 19-year-old has spent the last two and a half years with BVB, making 113 appearances while tallying 20 goals and 22 assists. However, he is reportedly eager to take his career to the next level.

According to a recent source, Bellingham plans to leave Germany this summer and will turn down the opportunity to sign a new long-term contract with the Bundesliga club.

Bellingham’s representatives are said to have already alerted the Spanish powerhouses of his intention to transfer to the Bernabeu, and Real Madrid is also thought to be the midfielder’s favoured destination.

Ancelotti recently denied rumours that Real Madrid is planning a high-profile summer transfer for Bellingham or any other prominent midfielder, telling reporters:

“There are a lot of youngsters, like Enzo [Fernandez], and a lot of midfielders who are coming through, some of them Spanish.

“Bellingham is one of them, but I’ll stick with my midfielders, who are very good, especially the youngsters, like [Federico] Valverde, [Eduardo] Camavinga and [Aurelien] Tchouameni. We have a lot of young players.”

Bellingham is under contract at the Westfalenstadion until the summer of 2025 and has participated in each and every minute of Dortmund’s 16 Bundesliga games so far this season.