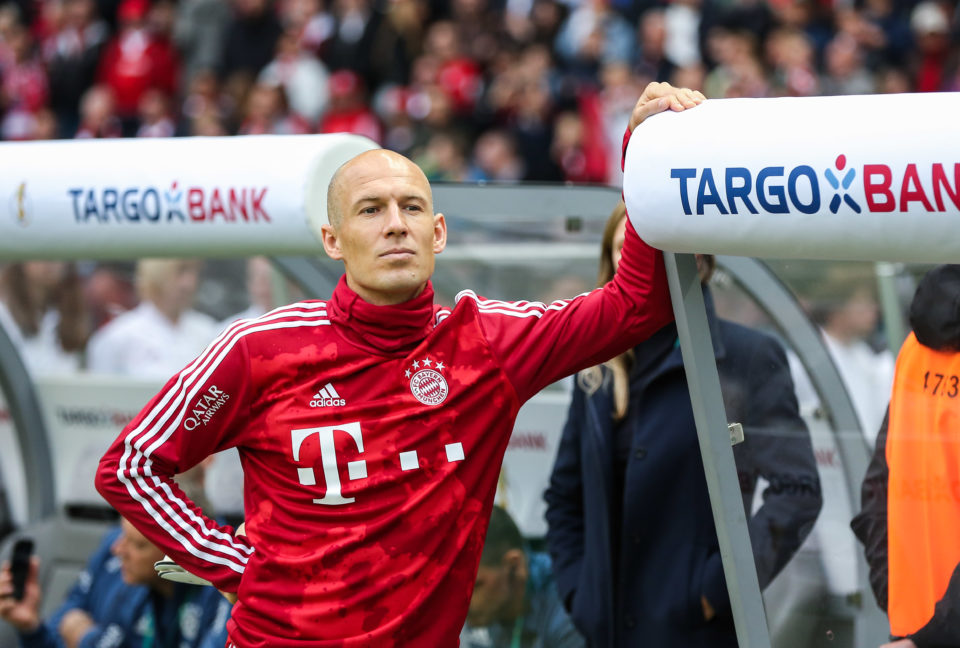 After contributing his bit, helping Bayern Munich peak during the last decade, Arjen Robben has eventually decided to call it quits. In a statement released to the German media, the 35-year-old has said, “Its the hardest decision I had to make in my career.” Robben, whose contract ended on June 30 with Bayern, says that although his heart wants to play, his body is reluctant to continue further.

Touted as one of the greatest players during his heydays, Arjen Robben is a former Dutch player who played as a winger. Football aficionados would always remember him for his dribbling skills, crossing ability, his speed, and his perfect left foot long-range kicks from the right wing. However, his career was mostly fraught with injury scares and he had to struggle quite a lot to stay at the top of his game.

Robben came to Bayern Munich in 2009 and proved himself to be one of the most formidable players to have joined the club. Earlier, he had spent time with PSV Eindhoven, FC Groningen, Real Madrid, and Chelsea.

Playing in 201 Bundesliga games, he netted 99 goals while setting up a further 62.