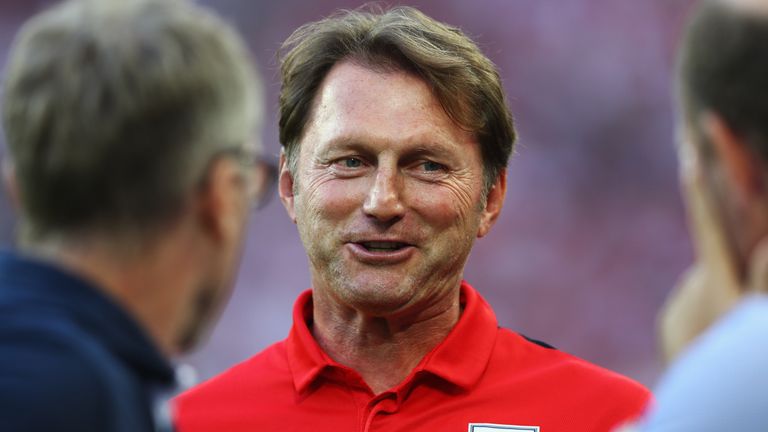 After the debacle of a 9-0 loss against Leicester last October, many predicted the end of Ralph Hasenhuttl as Saints manager. However, since then he has come a long way to surprise his detractors and now signs an extended four-year contract with the club until 2024. The official confirmation is due on Tuesday.

The 52-year coach has been with Southampton since December 2018 succeeding Mark Hughes.

It has been a great feat as Hasenhuttl picked up the pieces and steered the team to the 14th spot in Premier League. Nothing could be sweeter than to avenge the loss and beat Leicester 2-1 in the rematch.

The erstwhile boss of Bundesliga side RB Leipzig, Hasenhuttl instilled enough faith in the squad even after the loss and helped in confidence-building for Southampton. He believed in players like Michael Obafemi and Yan Valery to beat teams like Chelsea and Tottenham along the way.

Hasenhuttl, in an interview to the media in April, said that legend Sir Alex Ferguson’s text after that 9-0 rout at Leicester pepped him up and kept him going despite the gloom. “I received an SMS from Alex Ferguson [after the 9-0] – I didn’t know him. If I had never lost 9-0 I would have never had contact with him. That was the positive thing from the result. It really helped me. It gave me a lift as I was down and was looking for something to hold onto.”

Though, Hasenhuttl feels that it will be difficult to erase the Leicester memory.

Still, after all these months, the contract extension by four years is a result of his efforts towards the rebound of the Saints.