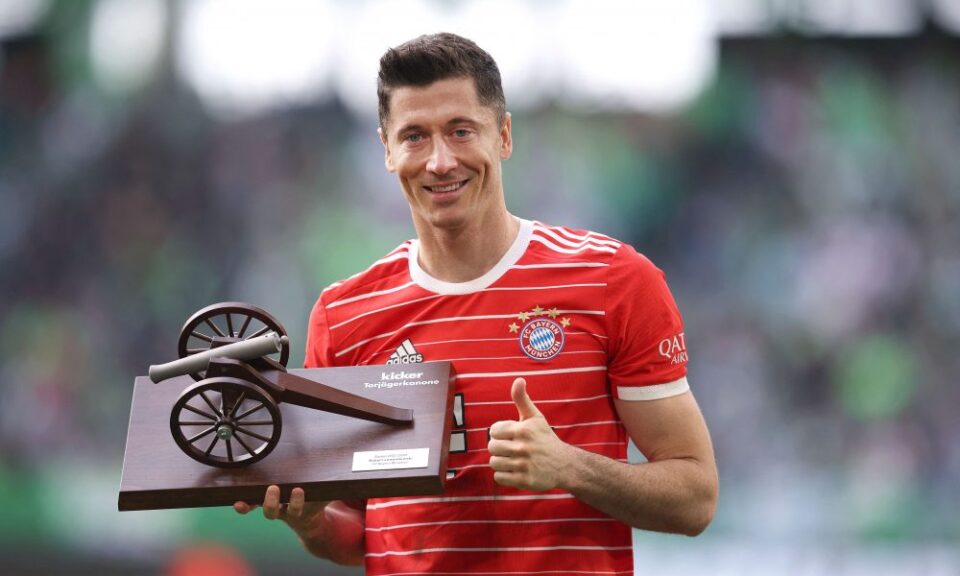 In the midst of speculation of a move to Camp Nou, Robert Lewandowski & his agent is said to have purchased shirts from the club shop with his client’s name emblazoned on the back.

And thus, has dropped a major hint on his move away to the Spanish Giants as he looks part his ways with the German Club.

The 33-year-old has declared his wish to leave Bayern Munich this summer, and his contract, which expires in just over a year, will not be extended. Barca are rumoured to be keen on bringing Lewandowski to Catalonia, with one rumour saying that Frenkie de Jong might be sold to assist funding.

Thus, the Spanish Giants could join hands with the Poland international at the end of this summer. According to journalist Gerard Romero, Lewandowski’s agent Pini Zahavi teased Barcelona fans after purchasing 10 shirts.

With the player’s name printed on the back from the club’s official store in Paseo de Gracia, the Spanish media believes the deal is almost done. Lewandowski is looking for greener pastures after eight trophy-laden years at Bayern Munich and will consider his options ahead of the 2022-23 season.

Since joining the Bavarian club in 2014, the experienced striker has scored 344 goals in 375 appearances for the club in all competitions. Recently, the Bayern Munich forward was also linked with a move away to the English club Chelsea.

However, looking at individual club’s requirement, it looks like Barcelona might get the deal over the line. The striker has often suggested that he is now looking for new challenges and thus could possibly part his ways this summer.