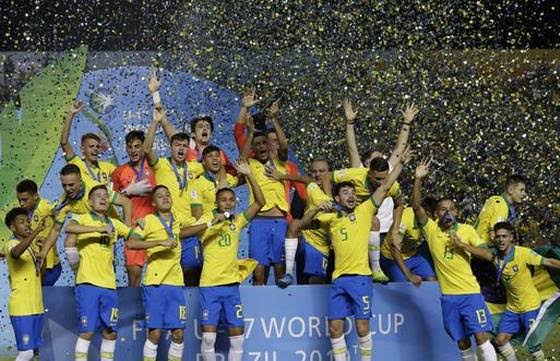 It was a great comeback for Brazil on Sunday, as they pumped two late goals in the last 10 minutes of their final match against Mexico. Brazil got home with a 2-1 win to bag their fourth U-17 World Cup title. It was their second comeback in one week when they recovered from 2-0 to edge past France 3-2 in the semis.

Brazil had more chances early on, but couldn’t convert, while Mexico took a lead in the 66th minute with a header from Bryan Gonzalez. Then Kaio Jorge scored the equalizer. After that, three minutes into the stoppage time, substitute Lazaro netted the winner to a huge uproar of the home crowd.