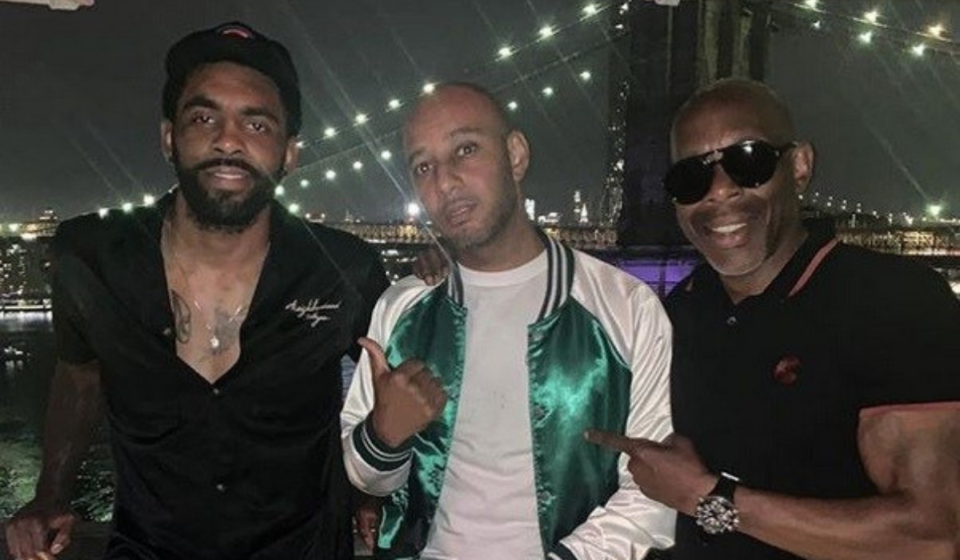 In order to celebrate his official signing, Brooklyn Nets newest member, Kyrie Irving, had a little rooftop party, including Jay Z (his new agent) and Swiss Beatz some other stars were also in attendance,.

Jay Z was forced to sell his ownership in the team back in 2013, because NBA rules don’t allow basketball agents own teams. Roc Nation Sports also tweeted out a video announcement!

The Nets finished at the bottom of the league’s 30 teams last season in home attendance, but with the new additions, along with KD cheerleading for a while, we guess that will quickly change.