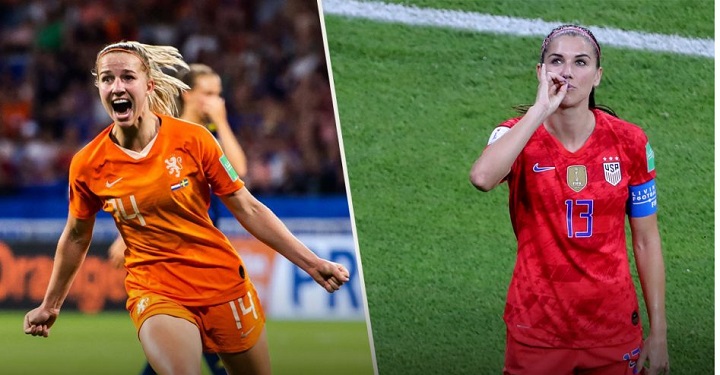 The USA ended their campaign on a fine note as the side from North America defeated the Netherlands 2-0 in the final of the 2019 FIFA Women’s World Cup. The European champions Netherlands played a defensive set of system in the first half and kept the hungry giants the USA inside their enigmatic shadows.

However, in the second half, the veteran Megan Rapinoe, who created some spicy drama in France, scored the opening goal of the match through penalty and her younger partner, Rose Lavelle made the lead double-trouble for the Dutch side, who were waiting to see Lieke Martens and Vivianne Miedema shining yet again as they did two years ago versus Denmark in 2017.

At the 2015 FIFA Women’s World Cup, the Netherlands reached the round of 16 and even four years later, managed to reach the final. Indeed, after 10 to 20 years down the line, the women’s division of the Dutch side will remember the contribution of this side for making their football look as cool as a cucumber. The star players of the USA Alex Morgen and Megan Rapinoe indeed gave a perfect rap across the knuckles as two of the legendary figures scored six goals each in France while helping their side beat teams like Spain, France, England, and the Netherlands in the knockout stages of the 2019 FIFA Women’s World Cup.