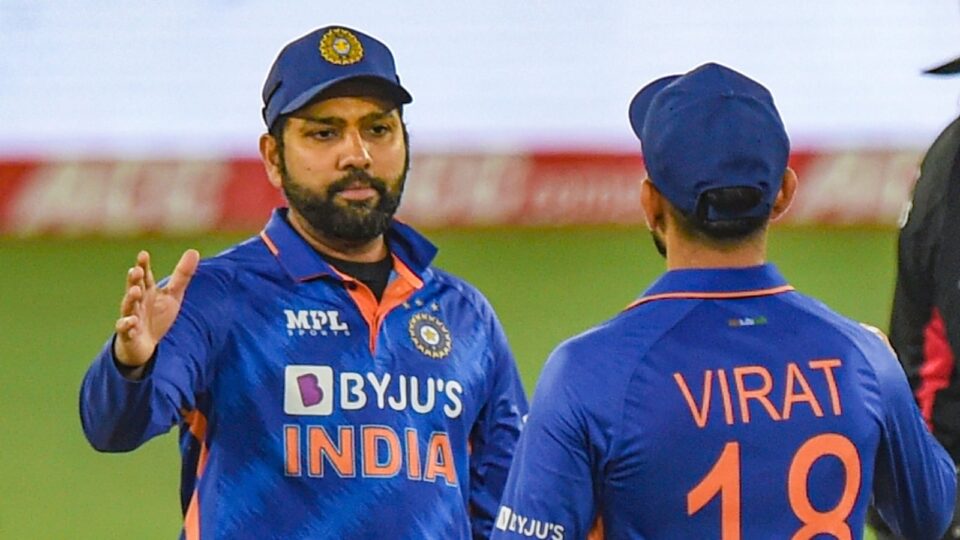 Immediately after a reporter began to ask a question on Virat Kohli, India’s skipper Rohit Sharma displayed a bewildered expression. Several people, including former India captain Kapil Dev, have questioned why Kohli, the senior India batter, could not be dropped.

As early as the third over, Kohli entered. The first four runs were driven straight. He rushed into the stroke after detecting a fuller length, met the ball with a full face, and sent it to the boundary. Kohli was off the mark. The first ball he faced after facing the previous seven was a leg bye, followed by a maiden over. Kohli was fortunate not to nick the first ball of that over from David Willey after pushing his bat dangerously against an angling away delivery. However, given his recent poor form, Kohli later committed the same error against the same bowler and paid the price by returning disheartened.

The question arises after Kohli’s frequent bad performances over the past several years. The discussion will only continue after Kohli failed to capitalise on what was appearing to be a nice, steady start on Thursday. But he pushed on at a delivery he might have left alone while on 16 and eventually got caught behind.

Following his absence from the opening ODI on Tuesday due to a groin issue, Kohli underwent a batting fitness test on Thursday morning.

Thereafter, he assured India coach Rahul Dravid that he was prepared for the 2nd ODI. He would have been thinking about a few other things as well as the BCCI released the India squad for the T20I series beginning on July 29 in the West Indies.

This happened around an hour before India arrived at Lord’s and Kohli was one of the names that was absent from the upcoming series. However, the BCCI did not mention if he was rested or dropped due to being out of form.

Rohit Sharma gives his support and still has faith on Kohli

When the Indian skipper Rohit Sharma was asked if Kohli needed the support of the team in this difficult phase or whether he should be left alone, Rohit said

“He [Kohli] has played so many matches. He is playing for so many years. He is such a great batsman so he does not need reassurance,”

“I pointed this in my last press conference, too: form goes up and down, that is part and parcel of any cricketer’s career.”

The captain of Men in Blue further said that

“A player like him only needs one or two good innings [to bounce back].”

Rohit has now publicly supported Kohli twice during the white-ball portion of the England tour.

Rohit acknowledged that Kohli was experiencing a “slump,” but he insisted that the Indian team management had a strong believe in him.

Jos Buttler thinks Kohli has a big innings due

Not only Rohit, but even Jos Buttler, the England captain, believed Kohli was “due” for a significant performance.

“I suppose in a little way it’s quite refreshing for the rest of us that he [Kohli] is human and he can have a couple of low scores as well, but look he has been one of the best players, if not the best player in ODI cricket in the world,”

“So he’s been a fantastic player for so many years and all batters, it just proves, go through runs of form where they don’t perform as well as they can do sometimes. But certainly, as an opposition captain, you know a player of that class is always due, so you’re hoping that it doesn’t come against us.”

While India ends up on the losing side in the 2nd ODI thus, making the 3-match ODI series level at 1-1.