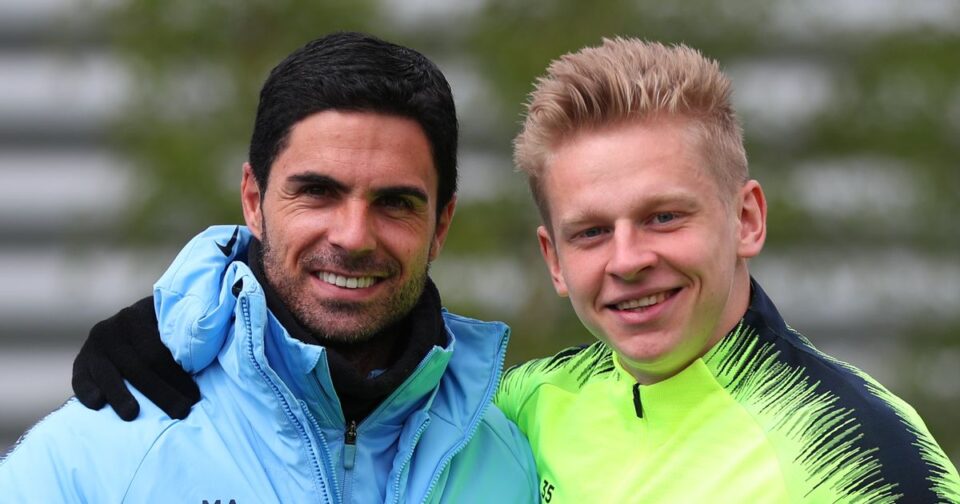 Oleksandr Zinchenko of Manchester City is the subject of renewed attention from Arsenal, who are apparently negotiating a contract with the left-back. Last season, Zinchenko had trouble earning consistent starts for the Citizens’ starting lineup.

The Gunners are looking to tighten up their defense line before the start of next season and thus Mikel Arteta has started exploring options in the transfer market. One of the names that captured his attention was the Sky Blues left-back Oleksandr Zinchenko.

One of the major reasons was Joao Cancelo, who was frequently favoured on the left side of Pep Guardiola’s defence. If City can complete a move for Marc Cucurella of Brighton & Hove Albion in the upcoming weeks, Zinchenko may also fall further down the pecking order.

The Ukraine international recorded five assists in 28 games in all competitions during the 2021–22 season. But he only made 10 Premier League starts and was a bench substitute in another 17.

When Mikel Arteta was Man City’s assistant manager, Zinchenko collaborated with the Spaniard, and earlier this summer, he was heavily linked with a move to North London.

Arsenal, on the other hand, reduced their interest to focus on other fields of play and added Fabio Vieira, Marquinhos, Matt Turner, and Gabriel Jesus. According to The Athletic, Arsenal and the Premier League champions are now in negotiations to buy Zinchenko, With City reportedly willing to sell if the Gunners are willing to match their asking price.

According to the sources, Zinchenko and Arteta still have a close bond from their time together at the Etihad, and the Arsenal manager expects to see the defender again this summer.

Zinchenko joined Man City from Ufa in 2016 for just under £2 million, and in 127 games for the Citizens, the left-back has contributed two goals and 12 assists.

The left-back has four Premier League championships, one FA Cup, two EFL Cups, and two Community Shields to his credit, might replace Lisandro Martinez at the Emirates.

The Ajax player has notified the reigning Eredivisie winners of his intention to play in the Premier League, and there has been a bidding war between Arsenal and Manchester United for his services.

For the Ukraine, Zinchenko frequently plays in the centre of midfield, another position on the field that Arsenal is looking to strengthen before the transfer season closes.

Youri Tielemans of Leicester City is still considered a top target for Arteta, who may soon lose Lucas Torreira to Valencia after his agent disclosed that the player had a pre-contract deal with the Spanish team.

With Marseille reportedly keen on a move for the 22-year-old, Zinchenko’s arrival might potentially pave the way for Nuno Tavares to depart from the team.