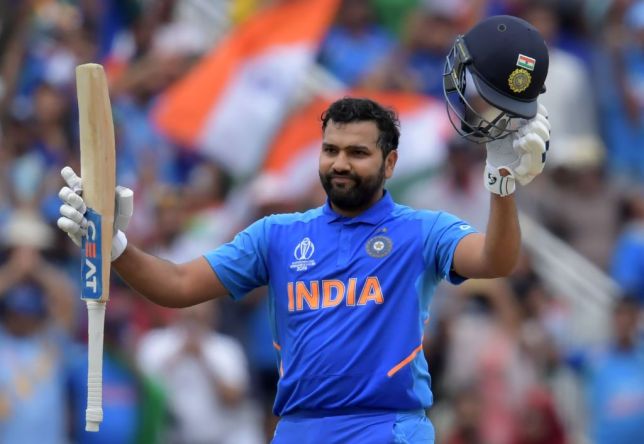 On Wednesday, Sharma headlined the opening day of the first Test against South Africa in Vizag with a stunning century. With his first Test century as a test opener and 4th overall, the 32-year-old cricketer achieved an average of 98.22 in Tests in India, thereby sharing the top spot with none other than the legendary Don Bradman, who also has averaged 98.22 at home in 50 innings.

Sharma has become the seventh batsman in the world to score a century in Tests, ODIs and T20Is as an opener, after Chris Gayle, Brendon McCullum, Martin Guptill, Tillakaratne Dilshan, Ahmed Shehzad, Shane Watson, and Tamim Iqbal.

In a statement, he said, “I think it suits my game. Just wear the pads and go in to bat. I don’t like the waiting game.”

Virat Kohli Hugs a Fan with his Jersey Number, Achievements Tattooed On His Body