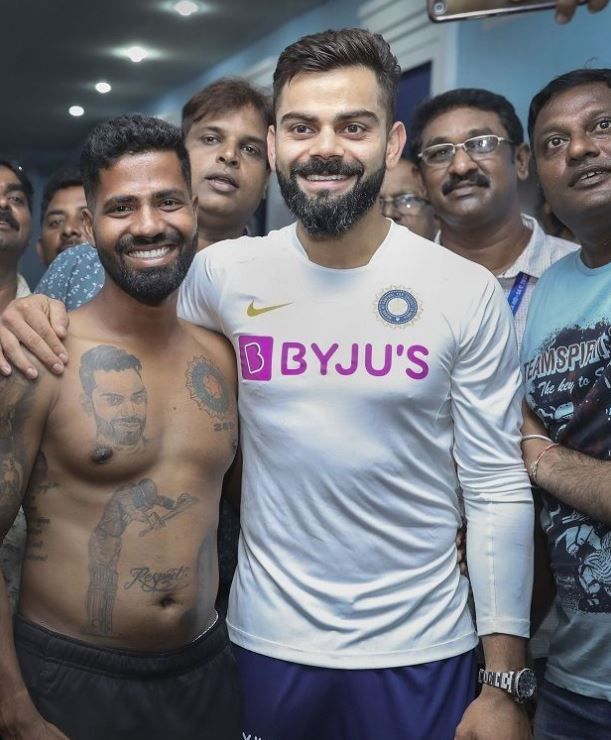 India Captain Virat Kohli, who has featured in 79 Tests for India, accumulated 6,749 runs at an average of 53.14, also he holds 25 centuries and 22 half-centuries to his name in the longest format, and has a high score of 243 in this format, has a huge fan following as well.

In fact, Kohli draws a lot of fans wherever he plays and many a time he is greeted by them both on and off the field. Ahead of the first Test between India and South Africa in Vizag, the India skipper met one of his fans who has tattooed Kohli’s jersey number and all the skipper’s achievements on his body.

Kohli hugged the fan when he met him and also had a close look at his fan’s tattoos after the pre-match press conference for the Vizag Test.