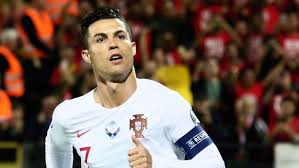 After scoring the 700th goal of his career, Cristiano Ronaldo has got another record under his belt. The prolific footballer has made countless records in his career and is still going strong. However, it was for a lost cause as Portugal lost to Ukraine 2-1.

However, Ronaldo seemed to be unfazed by the huge achievement and said that he is not after records. “The records come naturally, I don’t look for them, the records look for me,” he told reporters. It was his 95th goal for his country. “It’s a nice moment in my career but there was a bitter taste because we didn’t win.”