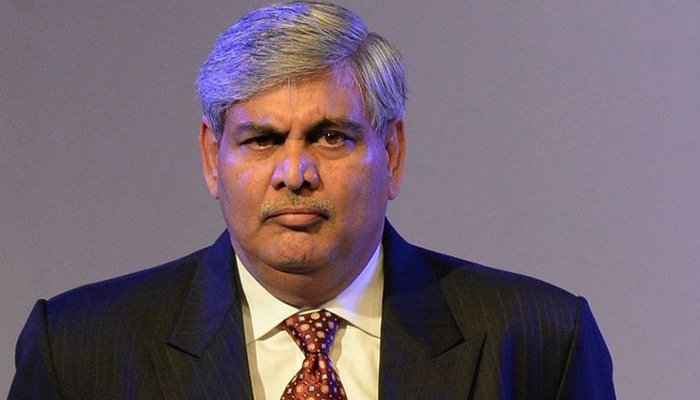 In the helm of affairs as ICC chairman since November 2015, Shashank Manohar has put down his papers on Wednesday ending his second stint in the world body. The news was confirmed by the ICC the same evening in a statement. “We wish him and his family all the best for the future,” said the ICC statement.

In the interim, the deputy chairman of the governing body Mr. Imran Khwaja will shoulder Manohar’s duties until fresh elections are held. ICC will approve the election process to pick the next chairman in the coming seven days.

Reports say that BCCI played a key role in Shashank’s decision as the Indian board was reluctant to continue with him any further.

A few important names are doing the rounds as his successor. England & Wales Cricket Board chairman Colin Graves is a favorite contender for the chairman’s post. In the last few days, Sourav Ganguly’s name also cropped up as the next head of ICC apart from Ehsan Mani of the PCB. However, it is unlikely that Ganguly will run for the election because he has a greater responsibility to reform Indian cricket and take it to the skies. On the other hand, Ehsan Mani had also stated that he is not so keen on the chairman’s post as of now.

Adding fuel to the controversy, N Srinivasan had blamed Shashank Manohar for doing huge damage to Indian cricket. Soon after his resignation, his adversary termed it as “good riddance.” It was selfish on the part of Shashank Manohar to leave BCCI in the lurch and head to the ICC in 2015, said Srinivasan. He also said that Manohar’s chances of representing the country have become bleak as new leadership has taken over the BCCI, forcing him to quit the world body.