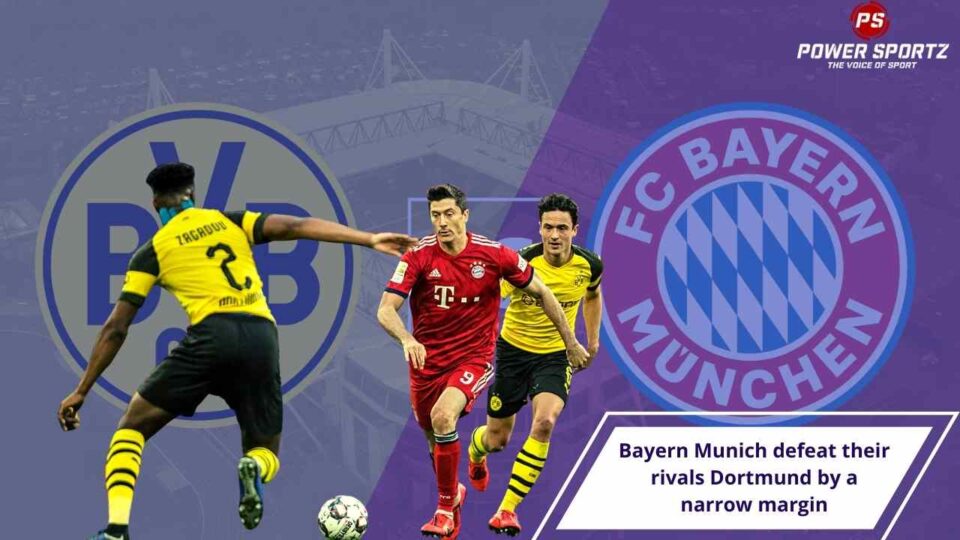 Bayern Munich is pushing to win Bundesliga as they do in nearly every season in the recent past; they have won each and every year ever since 2012. Furthermore, in this season, they have been able to win 11 out of the 14 league matches they have played in. Additionally, in the Champions League, they are dominating their group as they have won all of their matches till now; the German champions play their last UCL match against Barcelona on the 9th of December.

Domestically Bayern played their last game in the Bundesliga against Dortmund; BVB is behind them by four points. They have been able to win 10 out of their 14 games and pushing to move up the Bundesliga table. Despite having a great run in the domestic league; they have had a poor run in the UCL. This is because they finished third in their group. Later they will continue their run in Europe by playing in the Europa League; Do you think they can win the league?

Dortmund lost to Bayern by a scoreline of 2-3 in the Bundesliga; They had an extremely close match where BVB had retained 47% of possession. Brandt scored the first goal in the first match by scoring a goal in the 5th minute of the game; However, Bayern made a great comeback by taking the lead before the end of the first half. Robert Lewandowski scored in the 9th minute, later in the 44th minute, Kingsley Coman scored for his side.

BVB were able to make a comeback in the second of the game; as Erling Haaland score for his side in the 48th minute of the match. This lead gave a lot of confidence for their side; however, the away team were able to edge past their rivals as Lewandowski scored his second goal of the match in the 77th minute of the game; by converting a penalty and winning their three points. Who do you think will be able to win the Bundesliga this season?