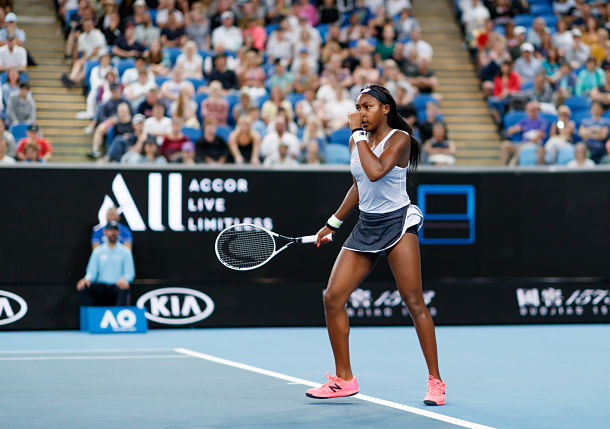 Winner of several Grand Slam titles, tennis legend Matina Navratilova said teen sensation Coco Gauff is capable of “changing the world for the better” after she delivered a speech at a Black Lives Matter demonstration in the United States last month.

Gauff hit the headlines last year when she beat Venus Williams en route to her last 16 finish in the Wimbledon at the age of 15. She also claimed her maiden WTA title a few months later in October.

Gauff took part in a peaceful rally last month in her home city Delray Beach prompting Navratilova to say that tennis is still “at the forefront of social change.”

“I smile so much when I see the reach that she already has now and she will have in the future,” said Navratilova. “She’s one of those people that can change the world for the better and she seems to want to do that.”

The former tennis great maintained that sports has always been instrumental in bringing social change. It can be a harbinger of a great future for society in the future. “Tennis has had its share of obstacles but I think overall we’ve been at the forefront of social change and it seems like now with Coco Gauff leading the charge, we’re still there.”

Navratilova won nine of her Grand Slam singles titles at Wimbledon since she started playing in 1973. Had it not been for the coronavirus, the Wimbledon would have been taking place now.