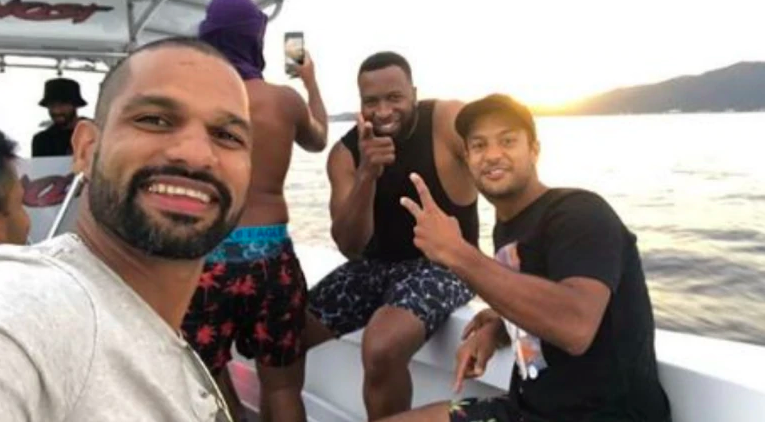 In his latest post on Instagram, the India cricketer Shikhar Dhawan posted a couple of videos and pictures. These pictures and videos depicts his fun outing with other India teammates along with West Indies all-rounder Kieron Pollard.

Kieron Pollard is not only one of the most dangerous players when on the field, but the West Indies all-rounder is also a perfect host as he showed on Monday while hanging out with Indian cricketers Shikhar Dhawan, Navdeep Saini, Shreyas Iyer, Khaleel Ahmed, Wriddhiman Saha and Mayank Agarwal in Port of Spain.

Currently, India lead the three-match ODI series 1-0 after the team India won the second match in the capital city of Trinidad and Tobago on Sunday.

It seems India players wanted to come back with a bang this time, hence they decided to spend some time together in the Port of Spain, before the start of the third match.

Kieron Pollard seems to have a good friend with most of the Indian players. Hence, he joined Dhawan and the others on a boat ride.

Dhawan took to his Instagram and posted a couple of videos and pictures of his day out with teammates and Pollard, they seem to have a great time!!