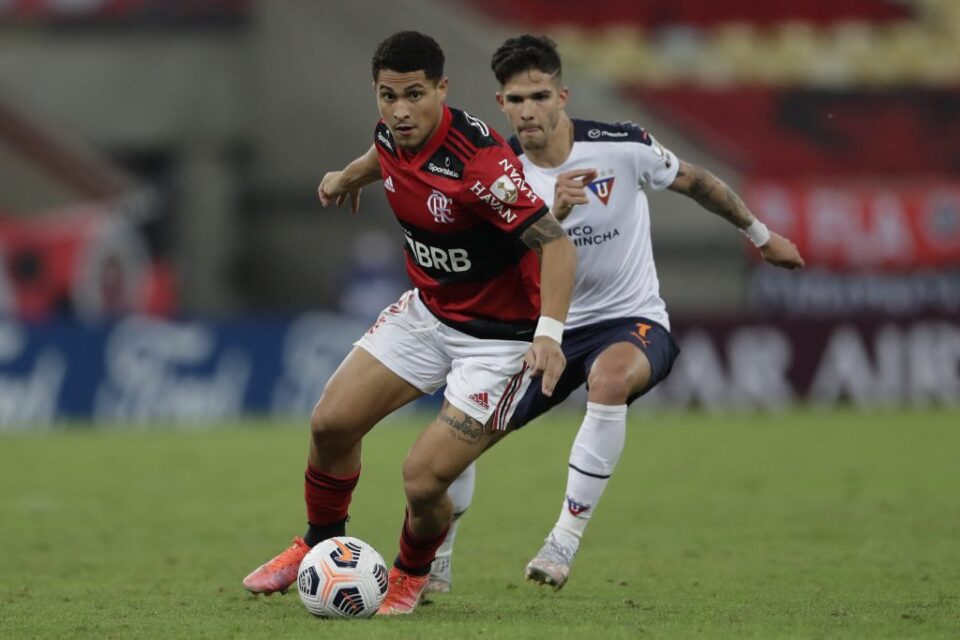 According to reports, Manchester United thought about trading Andreas Pereira and Joao Gomes to Flamengo. Pereira was loaned to the Brasileiro team for the 2021–22 season after falling down the pecking order at Old Trafford under Ole Gunnar Solskjaer, where he rose to prominence.

In 53 appearances for Flamengo across all competitions, the 26-year-old tallied eight goals and three assists. It was generally anticipated that he would finalise a permanent move to South America.

Pereira was set to remain at Flamengo, but a deal fell through, so the Brazil international signed a four-year agreement with Fulham to remain in the Premier League.

“In the end [Pereira] ended up going to Fulham. There was speculation that in exchange for that deal they might take Joao Gomes, but they didn’t.”

The Brazilian Serie A team was reportedly eager to sign Pereira to a long-term contract, and according to journalist Tim Vickery, a trade for Gomes, 21, would have been possible. With seven starts in the Premier League and one assist thus far, Pereira has already proven to be a key member of Fulham manager Marco Silva’s team.

Can Manchester United bring in Joao Gomes in the winter transfer window?

Gomes, a fellow midfielder, has recently been highly connected with a move to the English top division as well, but it appears that Man United are already playing catch-up in the race to recruit him.

The 21-year-old recently responded during an Instagram Live session when asked about his preferred location that he would be thrilled to represent Liverpool.

Jurgen Klopp decided to authorise a last-minute loan move for Juventus’ Arthur despite Liverpool’s initial lack of interest in acquiring a new midfielder during the summer transfer window due to a string of injuries.

As they get ready to spend a lot of money on a new midfielder in 2023—Jude Bellingham of Borussia Dortmund is reported to be a top target—the Reds are not anticipated to make Arthur’s stay permanent.

Gomes, meanwhile, has made 52 appearances across all competitions for Flamengo in the 2022 season, contributing two goals and two assists. He recently extended his contract with the South American powerhouses until the summer of 2027.