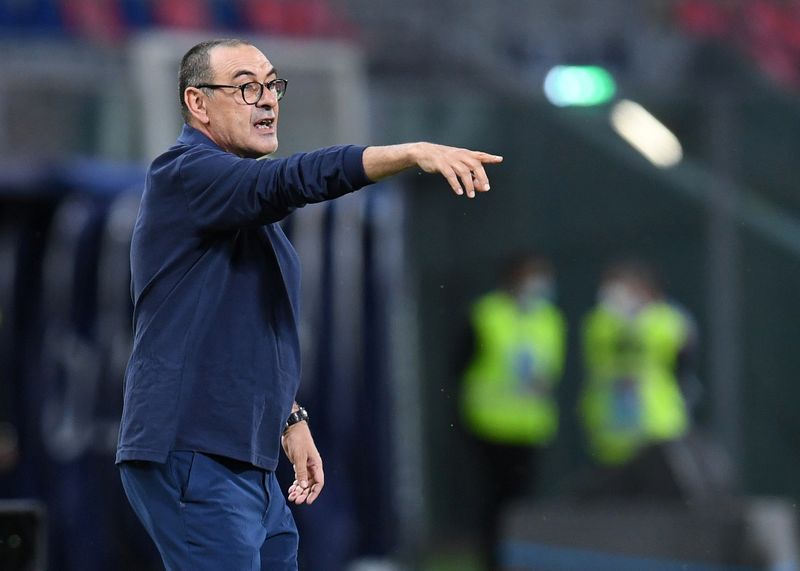 Matches all around are played in empty stadiums due to the COVID-19 scare after football returns from an abrupt break. There were conjectures that it would be eerie to play in stadiums bereft of the fans’ cacophony, the cheers, the jeers, and the ecstasy of winning in front of home crowd. However, Juventus coach Maurizio Sarri still believes that playing at the home ground still has an edge, despite the stands being empty.

“It still exists even when there isn’t a crowd,” Sarri told the media. Juve are to visit Genoa for a Serie A match on Tuesday. He said that one feels confident and comfortable at home. “There are certain things you can depend on, the surroundings are familiar. It still has an effect.” His team will be aiming for a ninth successive title and are ahead by four points of Lazio.

All sporting activities stopped a few months ago are limping back to normalcy in the coronavirus-affected world. Juventus would be playing their fourth game since the resumption of football.

“We are still in the phase where we are looking for our best physical condition and that is the case for all of the teams,” he said. “As the days go by, the reverse problem will arise with the accumulation of matches.”

Another top development within Juventus is the swapping of Miralem Pjanic with Arthur Melo from Barcelona.