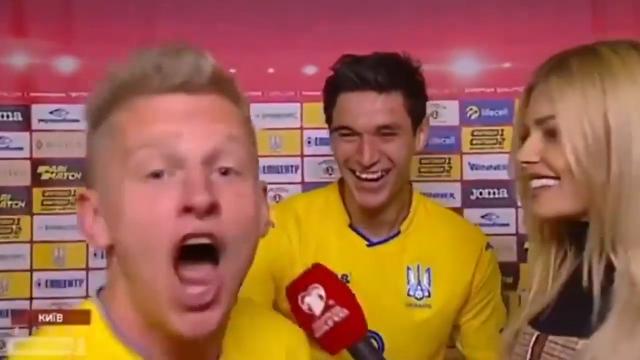 As the Manchester City ace celebrated Ukraine qualifying for Euro 2020, Football star Oleksandr Zinchenko hugged his gorgeous girlfriend who is also a TV presenter and stormed a studio.

The Eastern European nation allegedly beat Portugal 2-1. And 22-year-old Zinchenko was glad with his team’s qualification, he was even filmed gatecrashing TV interviews which was conducted by his Wag Vlada Sedan.

He was so excited with his team’s performance that in his excitement the EPL star finished his interview with his TV presenter girlfriend by declaring: “Now everyone should make love all night”.

At one point, he was even spotted with his arm round the TV presenter.