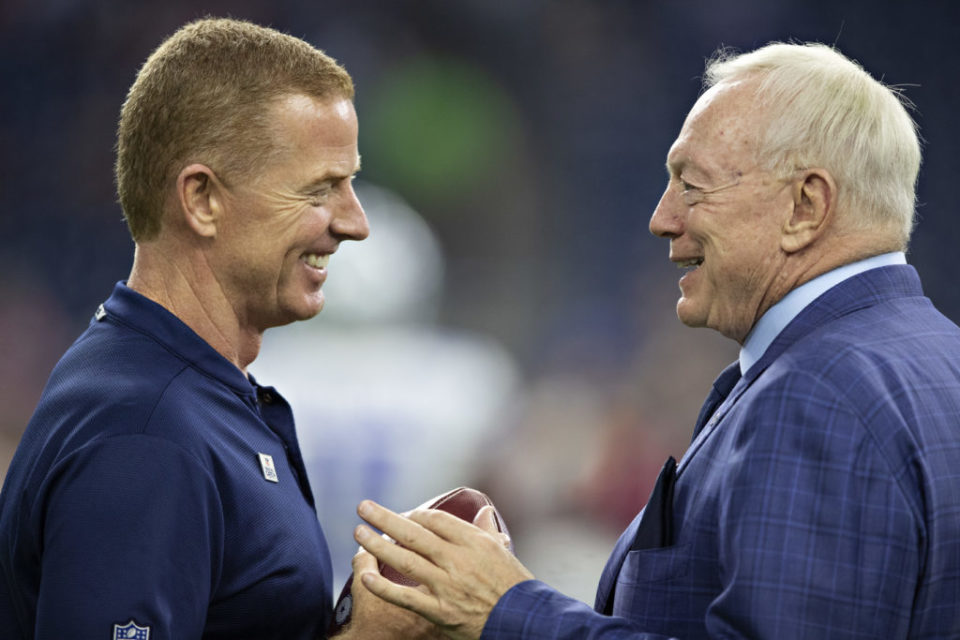 The Cowboys who travelled to New England on Sunday in order to face the Patriots allegedly came away with another loss.  Dallas’ high powered offence somehow failed to reach the end zone, and had to just settle for three field goals.

But Jerry Jones looked quite disappointed after the game and was unable to hide his feelings. The Cowboys owner however, put all the blame on the team’s coaching and said he was literally frustrated and disappointed with the team’s performance.

While describing himself as frustrated and disappointed with the performance of Cowboys against Patriots Jones in a statement said, “That’s 100 percent coaching. One hundred percent coaching.”

With this Garrett’s hot seat simply got a little hotter now. Because it just a winnable game, yet the Cowboys were not anywhere close to win it.