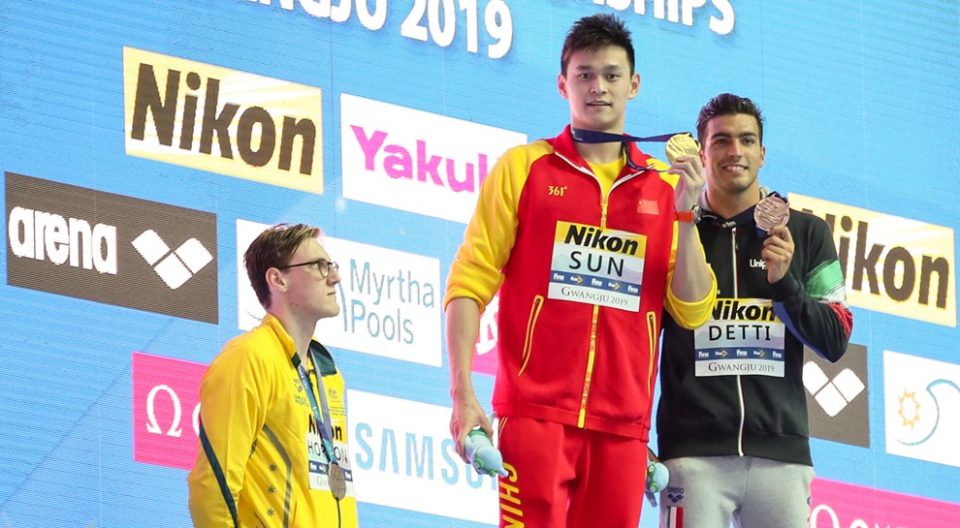 All this initially started as a rivalry between two distance swimmers, but now it became a global talking point and has taken an unpleasant and dangerous turn for Mack Horton’s family and girlfriend.

The Australian silver medalist Mack Horton made a global headline when he refused to stand on the podium alongside 400m world champion Sun Yang and bronze medalist Gabriele Detti when they were receiving their medals.

Sun took it to social media and claimed the Australian had “disrespected China”, now the ugly squabble has turned serious and dangerous. Horton’s Instagram page is flooded with nasty comments from angry fans from China.