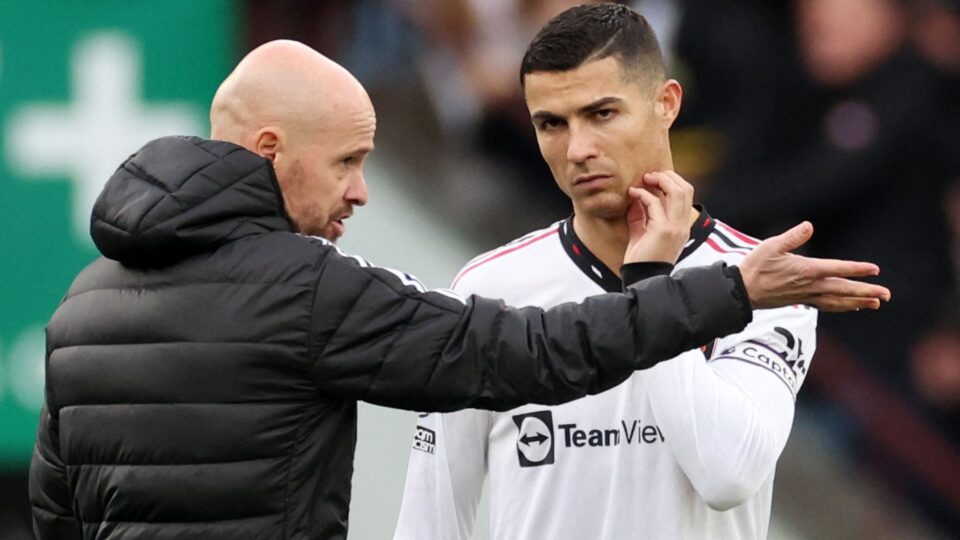 The five-time winner of the Ballon d’Or recently launched a ferocious attack on the Red Devils, singling out numerous current and former players while alleging that he was being pushed out the door.

Ralf Rangnick, Wayne Rooney, and Gary Neville were the targets of Ronaldo’s criticism of the Glazer family, who own the club, and he acknowledged that he did not respect Ten Hag.

Despite only having a minor role under Ten Hag, the Portugal international’s remarks stunned the football world and most certainly signalled the end of his Man United career.

Following the publishing of the interview, Man United issued a brief statement that read:

“The club will consider its response after the full facts have been established. Our focus remains on preparing for the second half of the season and continuing the momentum, belief and togetherness being built among the players, manager, staff, and fans.”

According to the article, Ten Hag postponed the beginning of a family vacation in order to address Ronaldo’s remarks, and the players were reportedly incensed by the interview.

Ronaldo’s contract with the Red Devils has less than a year still to run, but the 20-time English champions are anticipated to freeze him out of the lineup before attempting to sell him in January.

If a January deal cannot be reached, the former Real Madrid and Juventus player would become a free agent at the end of the current campaign. Man United is reportedly seeking legal counsel before making their choice.

If Ronaldo is judged to be in breach of contract, the Red Devils may decide to cancel his contract given that the 37-year-old has already run afoul of Ten Hag twice this season.

Ronaldo was briefly dropped from the team after refusing to come off the bench against Tottenham Hotspur last month and missing an exhibition game against Rayo Vallecano early in the summer.

In 16 appearances for Man United this season, the veteran striker has only contributed three goals and two assists. Ten Hag’s team will likely intensify their search for a successor in January.

It has been suggested that Paris Saint-Germain attacker Kylian Mbappe might make a surprise move, although the 23-year-old would probably demand at least £150 million to leave the French city during the winter.

Victor Osimhen of Napoli and Mykhaylo Mudryk of Shakhtar Donetsk have both been mentioned as potential targets, and Roma are reportedly open to hearing January offers for Tammy Abraham.

Currently, Ronaldo is getting ready for Portugal’s international friendly against Nigeria on Thursday, which comes before they play Ghana, Uruguay, and South Korea in Group H of the World Cup.