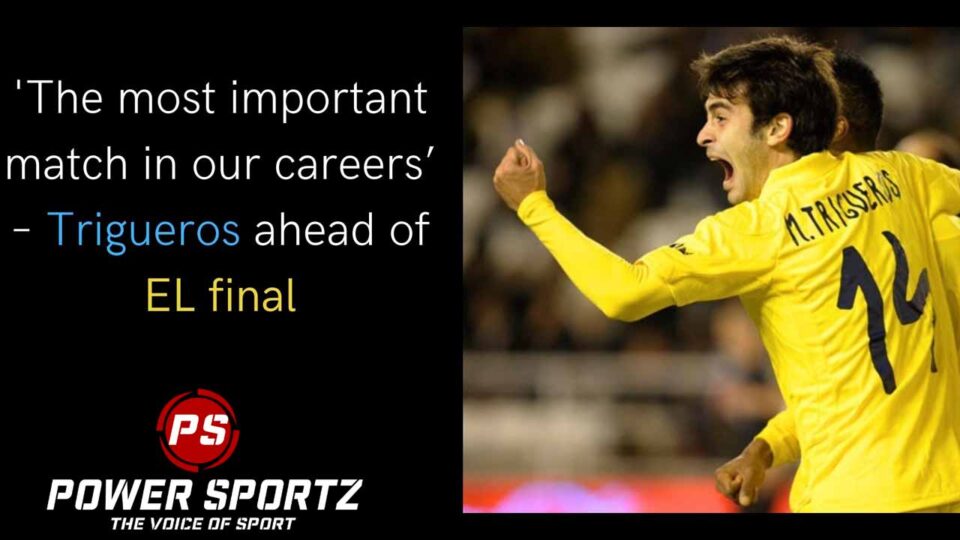 ‘It is the most important match of our career’ said Villarreal midfielder Manu Trigueros ahead of the Europa League final agianst Manchester United on Wednesday.

Just being in the final is groundbreaking for Villarreal, which has never before played for a major European trophy.

Coach Emery is heading into his fifth final in the competition after three consecutive wins with Sevilla from 2014 through 2016 and being runner-up with Arsenal in 2019.

Emery lost the Arsenal job in November 2019 and joined Villarreal in July 2020.

A win for Villarreal would delight travelling Spanish fans – each club received 2,000 tickets – at the game in Poland.

It is being played with a reduced attendance of 9,500, or 25 per cent of stadium capacity, because of the coronavirus pandemic.

A Villarreal victory would also stop an English sweep of European soccer’s top competitions, with Chelsea playing Manchester City in the Champions League final in Porto on Saturday.

Villarreal is the only finalist in either competition which wasn’t part of the failed attempt to create a breakaway European Super League this season.

As Power Sportz marks its 3rd anniversary, is there a future? Read to know the truth.