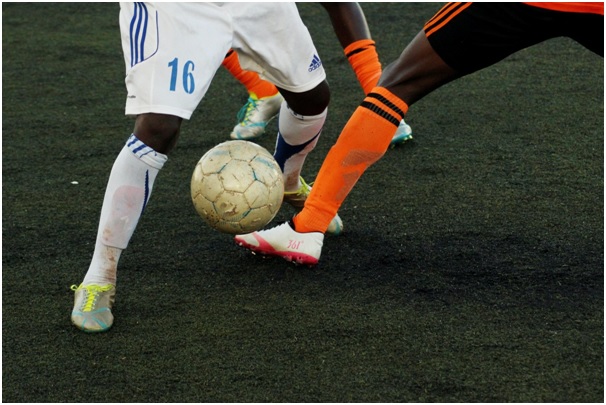 Conventional wisdom dictates that professional sports and intelligence don’t go hand in hand. Although that statement is far away from the truth. In this case, we are talking about famous footballers, and we can surely say that they have been around us since the game itself was invented.

Nowadays, everyone who wants to and has the money can go to college or take some lessons online to get a degree. A lot of information on basically anything with just the tip of their fingers, which makes education much easier than it used to be in the past. Professional athletes are not an exception, though it is definitely harder for them to combine studies and training schedules. Fortunately, there are plenty of essay writers to hire, who can help student-athletes with the most tedious assignments.

However, people still misunderstand footballers and don’t even think that football players can have a college degree. Because they are known for their success in football, and most of the time, they are viewed as people who’re followed by paparazzi to take embarrassing pictures of, rather than people who have an academic and world-class education. The following is a list of football players who proved to the public that they can have brains on top of their talent.

Vincent was not content with winning premier league titles as a captain, and being adored by seemingly everyone who crosses his path, he decided to try something new. He got a master’s in business administration. He graduated in 2017 from Alliance Manchester Business School because of his big interest in football’s off-field environment.

Wetherall was the first player at the premier league who graduated with a first-class degree way back in 1992. And for decades, he was the only one. He firstly earned a degree from the University of Sheffield in chemistry and was with the national team at the 1990 world championship in Italy and in the world student games in Sheffield the next year.

Sahal plays as a midfielder for the Indian national team and for an Indian super league club , he started playing football just at the age of eight, and in 2010 he joined the ISL club, where he trained professional football. After completing his assignments and studies there, he continued to play university football for some years.

Socrates became a Brazilian legend, not just because of his ability on the field but also because of his thinking skills. During his career, he completed a doctorate in medicine, and after he retired from football, he became one of the players with a Ph.D. and became known as “Doctor Socrates.”

Mata showed many signs of his thoughtful nature. However, in 2017, he became one of the world’s most popular footballers who became a student and had a university education. He got two degrees, one in Sports Science and one in Marketing. And he says that after his retirement, he wants to get educated in the field of psychology.

Clarke Carlisle is one of the footballers who appeared on the countdown and in 2002 won the award of “Britain’s Brainiest Footballer.” He is nowadays a member of the player’s football association and an ambassador of the group. But besides that, he went to Staffordshire University and had a degree in professional sports writing and a degree in broadcasting.

Chiellini is known as one of the best defenders in the world. But people should also know that he completed a bachelor’s degree in economics and commerce in July 2010 at the University of Turin, and later in July 2017, he got a master’s degree at the same university.

Iain had a 13-year career where he played as a forward and 59 caps with the Republic of Ireland national team. Although when he was younger, he thought that his football career wouldn’t succeed. So, Iain went to the University of Hertfordshire, got a master’s degree in engineering, and started working in aerospace. He continued to play in non-league, but he was discovered by Luton Town, who led him to focus on football full-time.

Watmore took some time away from training to study so he can get an economics degree. He firstly started at the University of Manchester while he was playing non-league, but he transferred to the University of Newcastle after he made a move to the northeast.

The weekly wage of some footballers is equal to some worker’s annual salaries, and almost every one of them is extremely famous. However, besides fame and money, many footballers enjoy educating themselves. Some of them even got educated in the best schools in the world. Besides the 10 that we mentioned, there are many others who had some kind of education. That proves that footballers can also be intelligent and responsible, besides the stereotypes.