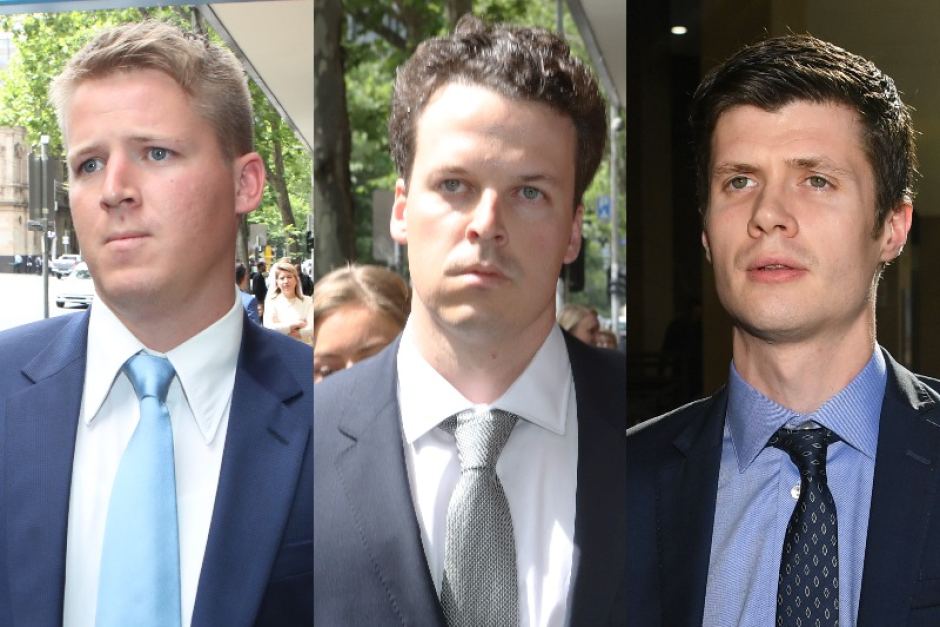 Three men Sam Walker, 25, his brother Dominic Walker, 28, and their friend Benjamin Fitt, 28 has been jailed by the Melbourne Magistrates Court for the shocking attack on two footy fans near MCG after 2018 final, which was caught on film.

Walker brothers are the sons of a prominent Melbourne QC. Sam Walker has lodged an appeal immediately after being sentenced at Melbourne Magistrates Court for six months in jail. His brother Dominic was also sentenced by the same court for 12 months and he will remain locked up. And their friend, Benjamin has been ordered to spend four months in jail by the court.

All three are guilty of intentionally causing injury to David Raeside and Leonard Tricarico outside the Pullman hotel, near the MCG, on September 7 last year after an AFL game.