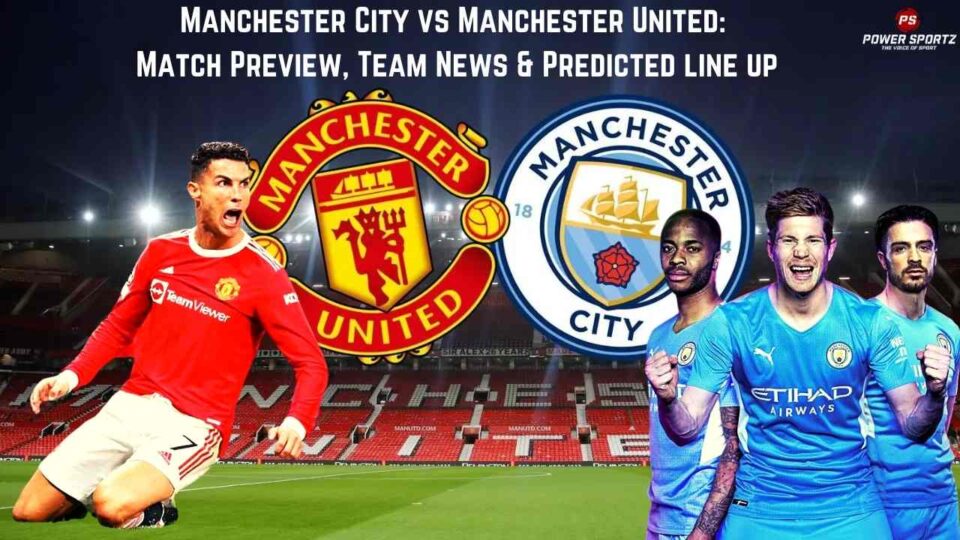 One of the biggest derby is up on the cards for a Sunday blockbuster when Manchester City and Manchester United lock horns at Etihad.

The two Manchester clubs are now being known for contrasting reasons. A decade ago the Red Devils used to be recalled as one of the best clubs in Europe while the same now can be said for the Sky Blues.

Currently, 3 places and 19 points separate the two fierce rivals in the standings. At one end, the hosts hoping to keep pace with Liverpool at the top. While on the other hand, the Red Devils try to rekindle their top-four ambitions.

The Champions will be looking forward to completing a league double over United for just the 2nd time under Pep. This feat was previously achieved by Guardiola in the 2018-19 campaign.

Meanwhile, Man Utd will be looking to win 4 consecutive away fixtures in all competition against Man City for the 1st time since a run between November 1993 and November 2000.

The Manchester derby in the Premier League have seen the away team winning the fixture more often than in any other fixture in the competition i.e. 21.

Moreover, United have only lost more matches to 2 more teams than they have lost against the Citizens. The Red Devils have lost 18 against Chelsea, 17 vs Liverpool, and now they might lose their 17th to City as well.

However, a positive stat for Ralf Rangnick will be that 67% of City’s PL defeats have occurred in home games. Thus, United still are capable enough to possess threats on the counterattack and hurt Pep’s side.

The two Manchester clubs will go head to head for the 187th time. Out of the 187 meets, United have won 77, while City have just registered 56 wins while the remaining 53 ended as a draw.

The Sky Blues are concerned about Nathan Ake and Ruben Dias’ fitness for this game after the pair were substituted in the Peterborough win. However, Guardiola stated that the replacements were made as a precaution.

Kyle Walker has struggled for consistency in recent weeks. But it would be unusual if he did not return to the starting XI tonight. While John Stones resuming a central role if Dias is not declared fit to play.

Meanwhile, for Manchester United, Scott McTominay is expected to heal in time to reclaim his rightful spot. While Edinson Cavani’s groyne injury will keep him out.

Apart from this, there are no major concerns for Rangnick.