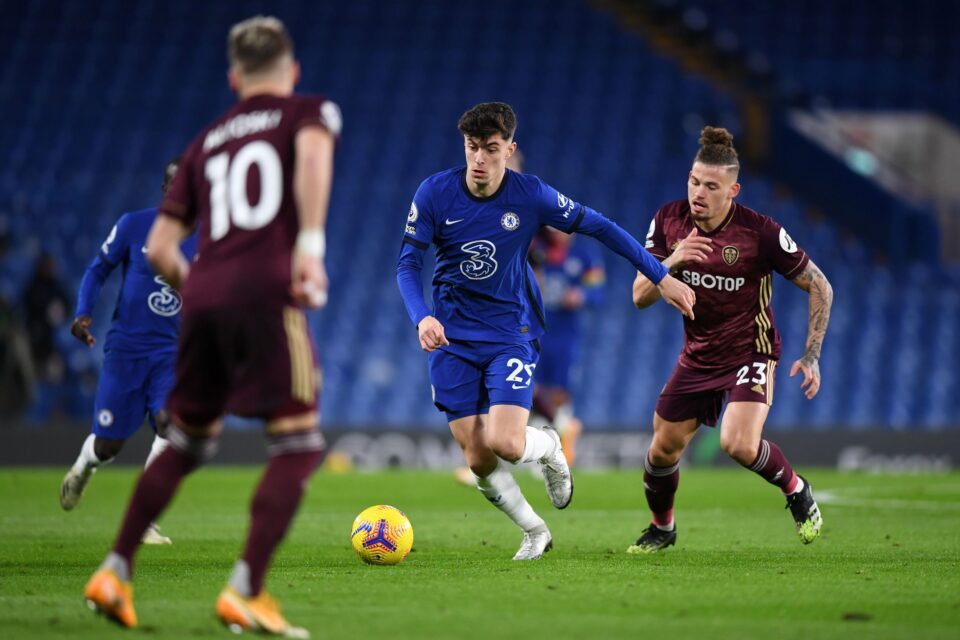 Chelsea have reportedly entered the hunt alongside Manchester United and Manchester City to recruit Kalvin Phillips of Leeds United this summer.

Injuries plagued the England international during the 2021-22 season, but he still managed one goal and one assist in 23 games for Leeds across all events.

Phillips made 18 Premier League appearances as Jesse Marsch’s side clinched top-flight survival on a penultimate day, but his Elland Road contract is up in two years.

Despite his injury troubles and Leeds’ near-bottom-of-the-table position, interest in the 25-year-old is anticipated to be high.

Thus, there are several reports linking him with other Premier League clubs.

Phillips is also thought to be on the radar of Aston Villa and Newcastle United. While the two Manchester Clubs are also said have an eye on the Englishman.

And now, according to the Si & Dan Talk Chelsea Podcast, Chelsea has emerged as a candidate to lure Phillips away from Elland Road after his 12-year stay.

Phillips, on the other hand, recently stated that despite Leeds’ relegation scrap last season, he is happy with the club.

“I want to be at Leeds and I’ll focus on that until my contract ends. I’m not really worried about it too much,”

“It’s always been something I’ve been confident about sorting whenever it needs sorting. There’s always going to be noise when you’re an England international and you’re playing for one of the biggest teams in the country, and I think until the end of the season, I’ll be happy at Leeds and always will be.”

Phillips has 14 goals and 13 assists in 234 appearances for the Whites since coming through the youth ranks, and he now has 20 England caps.

According to a recent source, Leeds feel hopeful about their chances of fighting off interest in Phillips, but a new deal between the two parties is still a long way off.

Phillips came off the bench for the final 11 minutes of England’s 1-0 Nations League loss to Hungary on Saturday and will be hoping to start when the Three Lions meet Germany on Tuesday.