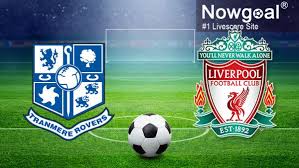 The young Liverpool side started their pre-season picture in style as Klopp’s side beat Tranmere 6-0. The 19-year-old Rhian Brewster scored a brace and Nathaniel Clyne, Curtis Jones, Divock Origi and Bobby Duncan scored one each and killed the match.

Liverpool did well last season as they became the first English side and third ever to win the European crown.

Back in the 2017-18 season, Liverpool reached the final in the Champions League but lost the race to Real Madrid. However, in the 2018-19 season, the Reds lifted the title after beating Spurs 2-0 in the final.

Other than signing Sepp van den Berg, 17, Liverpool haven’t signed any big player. It will be great to see what Klopp will do for winning the Premier League title ahead of Manchester City in the 2019-20 season.