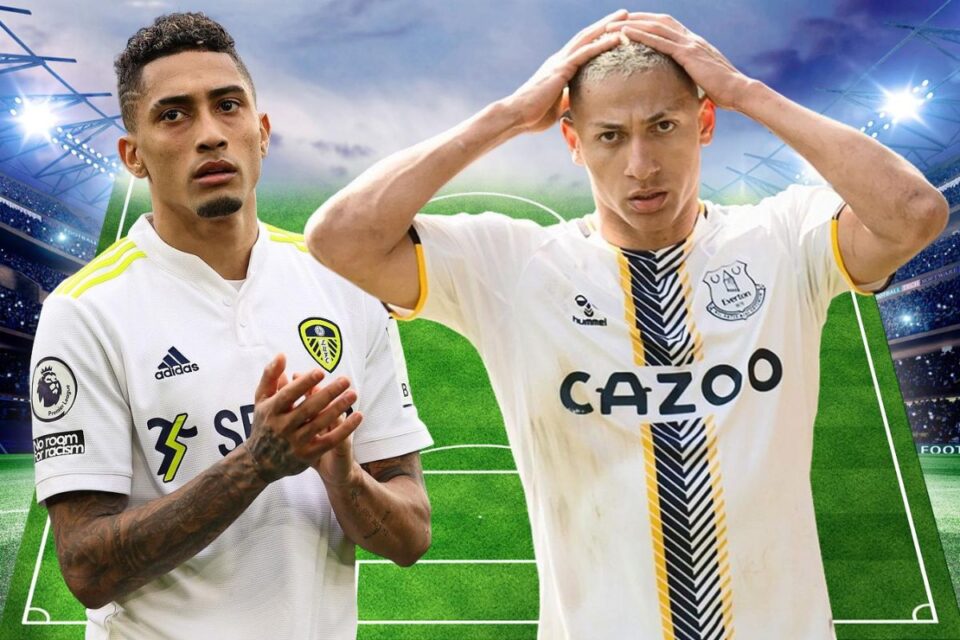 With the summer transfer window now opened since 10th June, all the clubs across Europe are keen to strengthen their team. At one hand, the Merseyside club Liverpool have broken their bank and transfer record to get the signatures of Benfica’s young forward Darwin Nunez. While at the other end, we got one of the so-called best strikers, Erling Haaland joining the Premier League club Manchester City.

Thus, the Transfer talks will keep emerging every day and we are here to give an update on the same. Let’s have a look at clubs being linked with players and done deals which could be announced this week.

Arsenal are close to signing Brazilian striker Raphinha from Leeds United, as Barcelona’s interest in the 25-year-old has waned. Everton wants to keep Richarlison, but Chelsea and Tottenham are both interested in signing him. The Merseyside club are asking for more than £50m for Richarlison, but both the London clubs are hoping to sign the Brazilian for under £50m.

Tottenham made contact with Danish midfield playmaker Christian Eriksen’s training camp a few weeks ago. However, they have not followed up on interest in their 30-year-old former player, who spent the second half of last season at Brentford. West Ham are rumoured to be willing to offer £30 million for Chelsea and Albania striker Armando Broja. Broja impressed on loan at Southampton last season and is seen as a potential star of the future.

Erik Ten Hag, who took over as Manchester United manager earlier this month, has told the club he wants them to sign both Tottenham midfielder Eriksen, and Barcelona midfielder Frenkie de Jong, 25. Manchester United’s £55 million proposal for Brazilian striker Evanilson was turned down by Porto, but the Old Trafford club intends to make another bid for the 22-year-old.

Inter Milan and Slovakia defender Milan Skriniar, 27, will be the subject of a new approach from Paris St-Germain. As part of their quest for a successor, Inter will meet with Torino’s Brazilian defender Bremer, 25.

Leeds are considering a deal for RB Leipzig’s Tyler Adams, a 23-year-old midfielder from the United States, as they prepare for Kalvin Phillip’s possible transfer to Manchester City.

Pep Guardiola, the manager of Manchester City, has stated that he wants Bernardo Silva, a 27-year-old Portuguese midfielder who has been linked with a move to Barcelona, to stay with the Premier League champions, but that he does not like to have “unhappy” players at the club.

This summer, Aston Villa are open to bids for Scotland midfielder John McGinn, who is 27 years old. Spurs have no intention of moving Denmark midfielder Pierre-Emile Hojberg, who has been linked with a move away from the club.