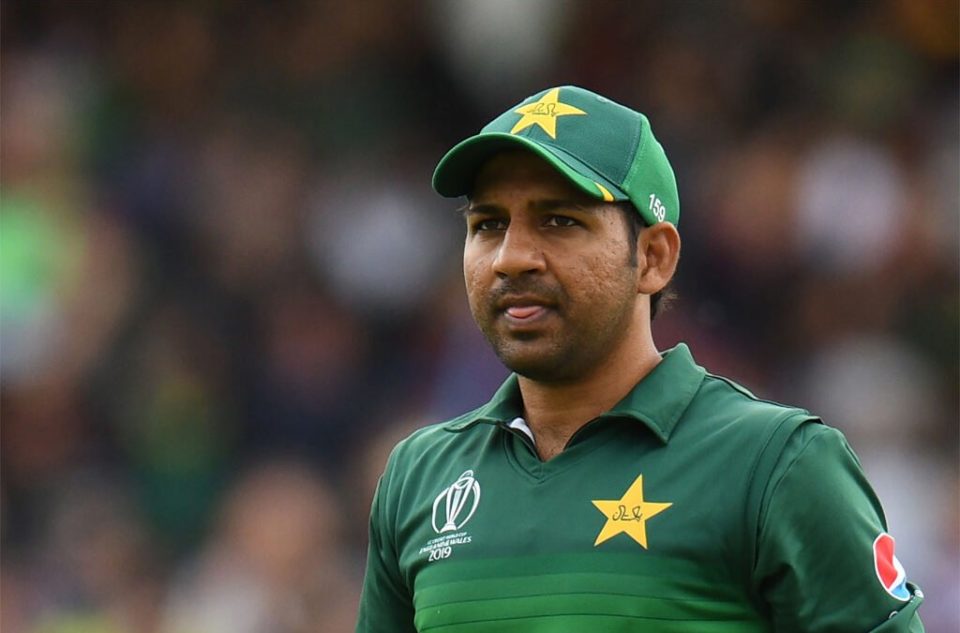 After Pakistan’s very poor performance in the T20I series against Sri Lanka that the team of course lost 0-3, Pakistan fans seems to be quite annoyed with the team’s performance, especially skipper Sarfaraz Ahmed is getting huge condemnation from almost all the parts of the country.

Besides Pakistan fans, former cricketers have also expressed their annoyance and agitation. In fact, some of them are even demanding Sarfaraz’s removal from captaincy after their worst performance against Sri Lanka in the T20I series, that too in their own grounds.

Fans are so agitated with Sarfaraz that in a video that went viral on social media, a fan can clearly be seen punching and demolishing Sarfaraz Ahmed’s hoarding in Lahore.

Saj Sadiq, Pakistani journalist took to social media and tweeted the video with the caption: “A fan not happy with Sarfaraz Ahmed after the 3-0 loss to Sri Lanka.”