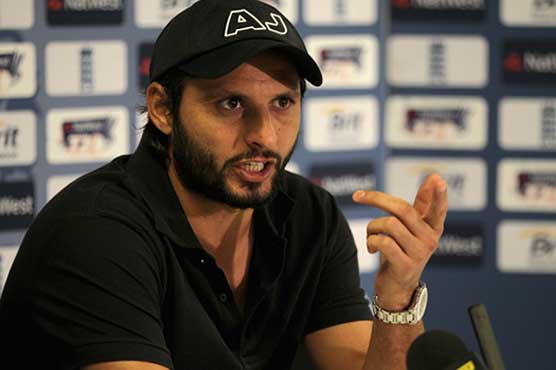 Former Pakistan captain Shahid Afridi has said that both India and Pakistan teams should be in the Asia Cup cricket tournament. In ICC tournaments, India have not toured Pakistan for a series since 2008. The Board of Control for Cricket in India (BCCI) on Wednesday clarified that they have no problem with Pakistan Cricket Board (PCB) hosting the Asia Cup T20. But the Indian cricket team will not go there to play.

“The Asia Cup should be held with both India and Pakistan in it. It’s time Pakistan and India sat together and sorted out their problems without involving any third country. They have many issues and once they sit together, it can be sorted but Asia Cup held anywhere should have India and Pakistan playing in the event,” Shahid Afridi said.

“The whole of PSL being held in Pakistan is a good message for all countries, as also Bangladesh touring and playing even Test cricket, shows that our security situation is good. I am waiting for India to come to Pakistan and play a series,” Afridi was quoted as saying by Gulf News.

“Our understanding is that the Asia Cup matter is resolved, and the neutral venue will be finalised at the ACC meeting,” the BCCI official told Mirror.

The bilateral series between India and Pakistan was played in 2007. The Pakistan team then played three Tests and two ODIs in India. Pakistan team also came to India in 2012. Three ODIs and two T20s were played then. If these two opportunities are avoided, both teams have played only in the Asia Cup or ICC tournament.