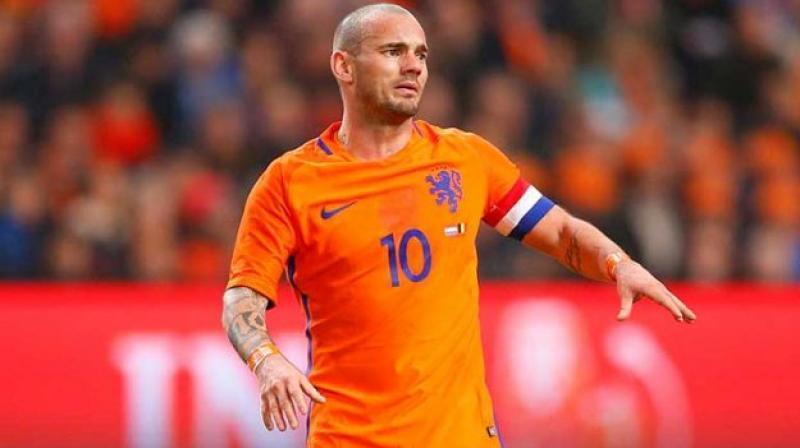 Dutch Wesley Sneijder, announces his retirement from international football, putting an end to a 17-year career during which he appeared for a record 134 times for his country. The 35-year-old midfielder who played in the 2010 World Cup and had a trophy-enriched career, has taken up a new role with FC Utrecht in his home town. “Now I’ve retired from football I want a nice place to share my memories. My connection to the town is big,” Sneijder told the media.

When with Real Madrid he won a La Liga title in Spain, won Serie A, the Champions League, and the Coppa Italia treble at Inter Milan during 2009-10.

Internationally, Sneijder clinched a World Cup runners-up medal in 2010 in South Africa as the Oranje were beaten by Spain in the final 1-0. When he moved to Real Madrid, Sneijder inherited the No. 23 shirt of David Beckham.