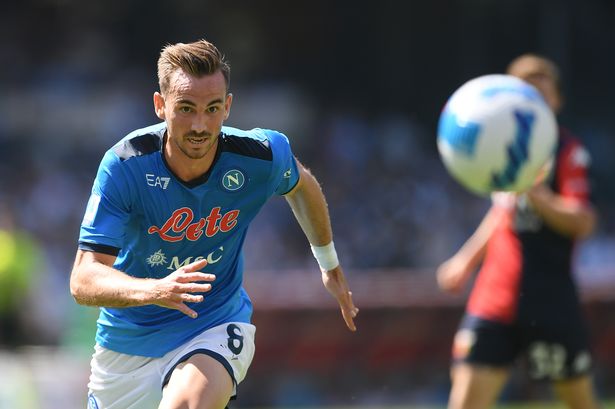 Fabian Ruiz, a midfielder for Napoli, has apparently been in contact with Manchester United to discuss a potential transfer before the end of the transfer window.

The Red Devils are determined to add a new midfielder to their squad in the current market, but they are still having little luck in their pursuit of Frenkie de Jong of Barcelona.

The Netherlands international is reportedly willing to wait for Man United, but Barcelona president Joan Laporta has stated that the club has no plans to offload him this summer.

“Frenkie is Barca player. We want him to stay, he wants to stay. We’ve received important bids for him but he’s our player,”

“You know salary budget situation; so we will do our best to keep Frenkie at Barca… and I hope he’ll do the same.”

In order to improve his midfield options for the 2022–23 season, new head coach Erik ten Hag may be compelled to seek elsewhere, which would be bad news for the 20-time English champions.

Journalist Ciro Venerato claims that Man United has gotten in touch with Ruiz’s agents to inquire about a potential transfer in the coming weeks.

“Manchester United made an attempt with Fabian’s entourage,”

Napoli, who are reportedly willing to let him leave for as little as £26 million during this summer’s transfer window due to his contract predicament, are said to be open to his leaving, although it is claimed that Man United have not yet gotten in touch with them.

Ruiz’s contract in Naples only has 11 months left to run, and his Serie A team is reportedly reluctant to take the chance of losing him on a free transfer at the end of the 2022–23 season.

During the 2021–22 season, the 26-year-old, who made 38 appearances across all competitions, was once again a crucial member of his Italian team, contributing seven goals and five assists.

It remains to be seen if Manchester United are willing to match Napoli’s valuation.