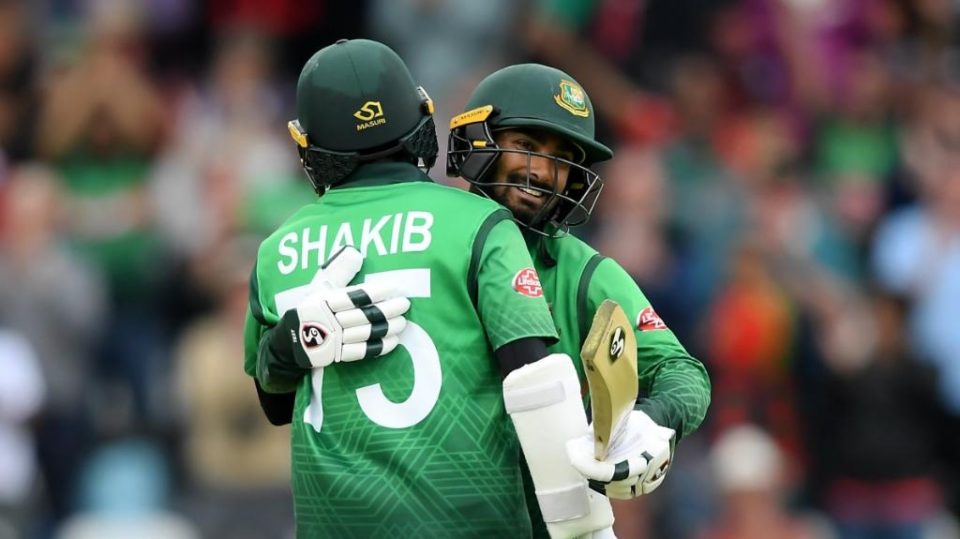 The West Indies side looked hapless defending a score which seemed very decent at 321 for a bowling outfit like them. Shakib al Hasan, who came in at No. 3 ran through the Caribbean bowling that failed to conjure up something to dislodge the in-form Bangladeshi batsman. Shakib slammed his second ton in this World Cup, scoring one against the Indies yesterday.

Batting first, the West Indies batsmen finished with a total of 321, which was not at all a bad score. However, the Bangladeshi camp was assured that it could be chased down and the atmosphere in the dressing remained quite relaxed.

Shakib, along with Liton Das built up a partnership of 189 , which became the second highest for the fourth wicket in World Cup history. Shakib hit 16 fours and no sixes in his 99-ball 124 runs innings. Liton scored an incredible 94 off 69 to finish the game with 8.3 overs still left to bowl. Shakib also became the second Bangladeshi batsman to cross the 6k runs mark. Currently, Bangladesh is at 5th while West Indies at 7th in the 2019 World Cup standings.