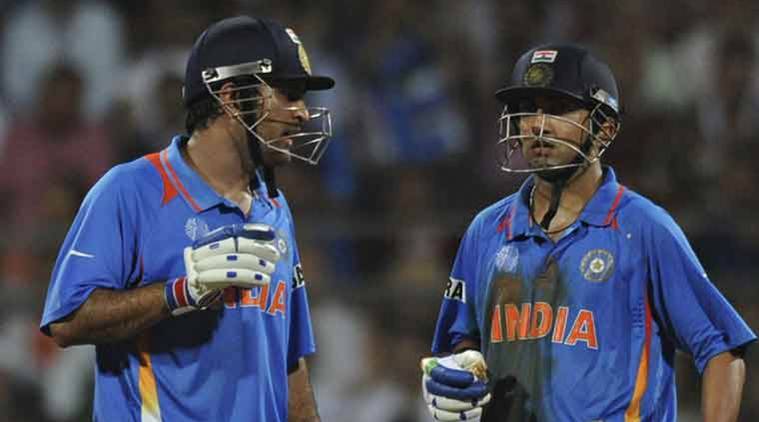 During the 2011 World Cup final, Gautam Gambhir told a fascinating tale about himself and MS Dhoni. At one end, Gambhir had set a strong foundation scoring 97 runs off 122 balls.

While Dhoni received the Player of the Match award for leading India to victory with an unbeaten 79-ball 91. Gambhir recalled Dhoni’s “extremely supportive” behaviour toward him during their 109-run fourth-wicket stand and how the Indian skipper wanted the southpaw to score a century on the momentous occasion

However, Gambhir was bowled by Thisara Perera. Thus, was unable to reach the three-figure mark, falling agonisingly short by three runs.

“He told me between overs as well that ‘get your hundred, take your time and don’t rush into it. I can accelerate if there is any need to’,”

Thereafter, Dhoni and Yuvraj Singh, who ultimately won Player of the Tournament, grabbed control of the situation and finished the formalities with an unbroken 54-run stand for the fifth wicket.

Notably, Dhoni struck a brilliant six off Nuwan Kulasekara to seal the victory for India and end their 28-year World Cup trophy drought.

After arriving at the crease when Virender Sehwag’s wicket fell, Gambhir led the Indian chase and kept the side in contention. The Delhi player took several chances, kept the scoreboard moving, and shared an important third-wicket stand of 83 runs with Virat Kohli.

Thus, it was a complete team effort performance which led the master of Cricket Sachin Tendulkar achieve his dream.

However, after post the 2011 World Cup the Men in Blues have only managed to register only 1 ICC trophy i.e. the ICC Champions Trophy in 2013.

This year the Indian team will have another chance to grab an ICC trophy which might also be the last opportunity for the current Indian skipper to get his hands on the ODI World Cup.