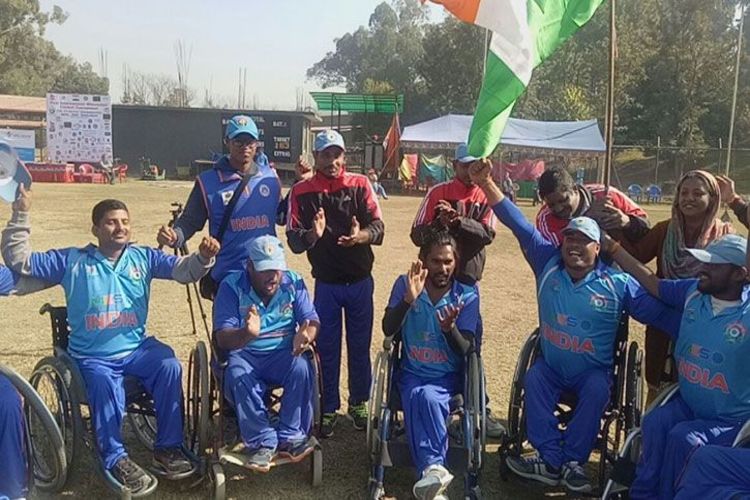 Indian cricketers, especially those who represent the country at the international level are a privileged lot, and the nation accords them the stature of demigods. Even players at the domestic level or the IPL heroes enjoy a fair amount of attention showered on them.

However, very few are aware that there is another cricket team that also represents the country internationally, the Wheelchair cricket team. The only difference is, this team is far away from public glare, and these cricketers are languishing in abject penury, with no assistance coming from the cash-rich BCCI.

The wicket-keeper batsman of the Wheelchair team, who hails from Moga in Punjab, Nirmal Singh Dhillon, is making ends meet by selling milk. His teammate and fast bowler, Santosh Ranjagane is eking out a living as a two-wheeler mechanic in Kolhapur, Maharashtra. There are others who are working as daily wage earners for a paltry Rs.150 a day due to a situation further worsened by the COVID-19 pandemic.

Despite the team achieving success at an international level they are yet to come under the ambit of the richest cricket board in the world that BCCI is. Even though mandated by the Supreme Court-appointed Lodha Committee for BCCI to create a committee for the development of physically challenged cricketers in India it is yet to see the light of the day. BCCI has failed so far to fulfill its constitutional obligation and do justice to them.

According to the skipper of the Wheelchair cricket team, Somjeet Singh, BCCI President Sourav Ganguly met the CEO of Wheelchair Cricket India Association some time back. But no concrete decision has been made yet. But, Ganguly has assured to look into the matter and subsequent assistance. This could be a glimmer of hope for them because it has come from none other than Ganguly.

“There has been no communication with regards to policy formation for disabled cricketers. Sourav Ganguly had promised help. He did not have much idea about wheelchair cricket in India and he was surprised that we play at such a good level,” Somjeet told the media.

While the BCCI is paranoid about the loss of revenue after the fallout with title sponsor Vivo for the upcoming IPL following backlash from the rightwing RSS, all these cricketers want is to live a life of dignity. Even in this grim situation, they are hopeful that something would come out for them.

The way BCCI lifted the women’s cricket team, the Wheelchair cricket team is also expecting some kind of attention from the BCCI.

The wait seems to be a little longer for the Wheelchair team. According to sources close to BCCI, there may be minor hiccups in fully bringing them into the fold in the immediate future.

“At this point, there are no sub committees in BCCI. The cricket for disabled will be a sub-committee of BCCI but it will take some time. The BCCI has already appealed to the Supreme Court for a constitutional amendment. Let us get some clarity first,” said a BCCI official on condition of anonymity.