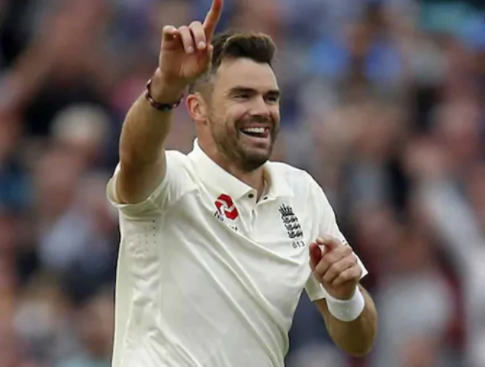 England fast bowler James Anderson puts an end to conjectures about his retirement on Monday saying that he is still hungry to play the game and it is far from over.

Anderson, who is touching 39, didn’t flourish in the recent Test match against Pakistan in Manchester for which he expressed his anguish. With just one wicket in the first innings, he even failed to pick any in the second.

“It’s been a frustrating week for me personally, I’ve not bowled very well and felt out of rhythm. For the first time in probably 10 years I got a little bit emotional on the field,” said Anderson told reporters via videoconference.

No plans to hang up boots

Anderson said that there is no immediate plan to retire from the game as he is aiming for next year’s Ashes. He is aghast at media reports claiming his retirement and writing him off after just bad game.

“Yes, I absolutely want to play in the Ashes. But it’s not like that’s a focus of mine. I want to play as long as I possibly can. I’m still hungry to play the game,” Anderson said.

He said that anyone can have a bad game every now and then and it is nothing to fret about.“I’ll work hard to try and put things right if I get a chance next week if I get the chance.”

Anderson is England’s leading wicket-taker in the longest format.

“If I keep bowling the way I did this week, the opportunity to retire will be taken out of my hands. It will be a selection issue. I think the frustration for me this week was the sort of whispers that go around after one bad game. I don’t think that’s really fair.”

In the absence of Ben Stokes who will miss the remaining Tests due to family reasons, Anderson will remain in contention for a place in the side for the second Test starting Thursday at the Ageas Bowl. Anderson is expected to fill the void and take responsibility along with other English bowlers.