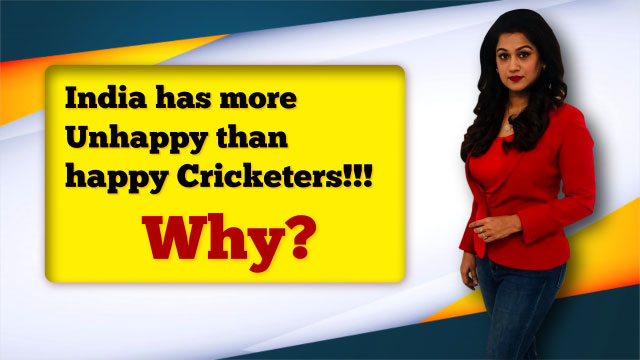 But, why is it working differently in Indian Cricket?

Cricket has over one billion fans globally, with the Indian sub-continent alone constituting more than 90 percent of them, according to the largest ever market research into the sport conducted by the ICC (International Cricket Council) That makes 90 crore cricket fans in India. It may not require any further survey to understand as to how many of them have the cricket gene, wish to play cricket, and make it a successful career. So, India has a huge supply in the demand-supply chain, and with the demand in place, according to the basic principles of supply and demand, a state of equilibrium should have been attained by now.

But, it has not yet achieved an equilibrium!?

Not many people realize that if you’re willing to think and act strategically, you can easily manipulate the laws of supply and demand. Here’s how!

1)      Position yourself as a rare commodity- Don’t do what the others do!

If the aim of every sport in the world is to become an Olympic Sport, BCCI seems the only obstacle for Cricket to have an Olympic inclusion.’ We think cricket should be in the 2028 Olympics. But it’s not going to happen unless we are unified as a sport. At this stage, we need to convince the BCCI that it is a good thing for cricket to be in the Olympics from all aspects. It will generate more fans, growth. The game will get bigger. It won’t prejudice the value of our own events.” , is what ICC had remarked.

If tennis stars like Maria Sharapova test positive for a banned substance in out-of-competition testing, BCCI does not feel the need to even adhere to the whereabouts clause (a clause which insists on making known player movements out-of-competition).

What does all of this do? It creates a perception of a rare commodity. Diamonds are a rare commodity, right? Wrong! Actually, some of the largest diamond producers in the world have vaults full of diamonds, and if they were to release them into the market, diamond prices would plummet

A monopoly is the best way to gain control oversupply.  Don’t allow another opportunity to grow. Nip it in the bud! Create a perception of invincibility. Prevent the supply from pursuing any opportunity, through binding contracts. A two-pronged approach.  Threaten the player with a ban if another opportunity considered, and nix the opportunity with fear if dared to grow. Voila!!..what do you have..a continuous flow of supply, crowded at the base of the monopolistic pyramid, that hopes and believes that one day there would be a demand and call to go up the ladder!

People like purchasing and doing business with those in demand. How do you keep this demand going? Never fulfill it!. An unsatisfied desire is always tempting. Ensure Indian cricketers are wanted all over the world but don’t give them permission to go. What happens. The demand keeps increasing, BCCI remains supreme!

While all this does not fall under the category of a conspiracy theory, what it effectively does is destroy the equilibrium that exists in the market. Manipulating supply and demand is actually not difficult since there are only two variables involved: supply and demand. The impact it leaves on the supply side has been clearly summed up by a cricketer who recently advised that even team selection meetings should be shown live on TV.

Until then, India will have a larger number of unhappy Cricketers than the happy ones!