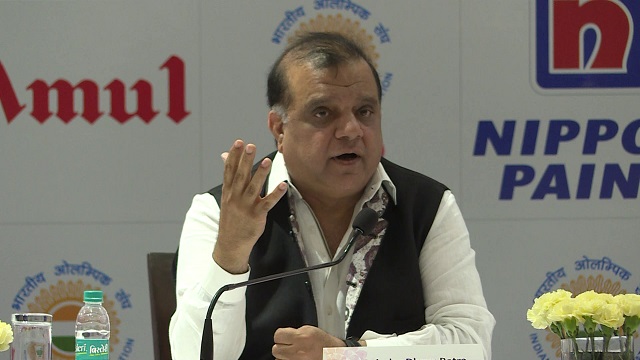 It’s been hardly a fortnight ago when 57 National Sports Federations lost their annual recognition by the Sports Ministry following honorable Delhi High Court’s order. The Sports Ministry had last month extended the federations’ recognition until September 30, 2020. However, they were forced to reverse the order. Now in another move, the honorable Delhi HC has made it clear that the practice of granting provisional recognition to National Sports Federations in the country without ascertaining whether they are following the sports code cannot be allowed to go on.

Additional Solicitor General Chetan Sharma and central government standing counsel Anil Soni, appearing for the ministry, urged the bench for an interim order granting permission to provisionally recognize the NSFs in view of various sporting events, including the Olympics, which are scheduled to occur in the next several months.

Not following the National Sports Code religiously by different federations has been a major cause of concern in Indian sports since long now, and the impact has been rigorous so much so that it has made the Indian sporting culture hit abyss.

The latest decision by the Delhi High Court is being seen as a welcome move by both IOA and Sports Ministry. Upon the decision, Sports Minister Kiren Rijiju said “We cannot disrespect the decision of the court, we have to abide by the court’s decision. But we will keep helping athletes. If NSFs didn’t get the recognition, then we have to give them other options because if there is no recognition, we cannot fund any of them. Sports federations can only get money when the government is giving them recognition.”

In an exclusive conversation with Power Sportz, Indian Olympic Association Treasurer Anandeshwar Pandey said, when it comes to following National Sports Code by the NSFs, there is as much as 95% of NSFs who are religiously following it but because of some of the NSFs who are not adhering to it, it is certainly putting the Indian sporting culture in a very bad light.

Mr. Pandey emphasized the fact that the federations who are not following the Sports Code have their selfish reasons, overage being one of them. He continued that the National Sports Code, which deals in favor of the players, has to be adhered to by the NSFs or otherwise government always has the option to de-recognize them. He added that it is just a game of power which is prevailing in the Indian sports at the moment and that few federation officials are demeaning the image of sports not just in India but also on a global level.

When asked about the recent incident involving IOA president Narinder Batra, in which he allegedly ‘threatened’ an official belonging from Karate Association of India on a phone call, Mr. Pandey said that someone, who is heading a federation should maintain the decorum of the post he has been granted to and that guarding the dignity of same will also safeguard the interest of sports in the country.

“I have repeatedly said that someone who is heading a position of this level should maintain the dignity of this post as whatever he (Narinder Batra) is doing is also sending a bad image of Indian sports on the international level”, said Mr. Pandey.

It’s been long now since the Indian Olympic Association has been ensnared in the administrative turmoil and been hit hard by internal politics. This big question is, if things like these will keep continuing in federations like IOA, then what will happen to the development of sports in the country?