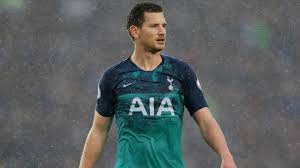 Jan Vertonghen said that he is happy at Tottenham and ended the rumors of his exit. The 32-year-old Belgian is a quality player and loves to play under Mauricio Pochettino. Last season in the Champions League round of 16 against Dortmund, his role as left-back was out of this world.

Maybe, the former Ajax player is not too good but is a quality player who can help the eight-time FA Cup winners from North London to win their first silverware under the Argentine boss. Vertonghen’s contract will be over next season. It is better to have his services for one more season for establishing the base for the next summer.